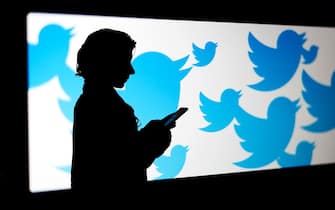 The social network of the blue bird published, as every year, the global report “A year of Twitter”, With the analysis of conversations on the platform in Italy. Come on Maneskin to sports victories and cinema, passing through the debate on green pass e on the main films of the season: what were the trends and the most popular posts

The analysis refers to the period January 1, 2021 – November 15, 2021. The tweet that received the most like And retweet by the Italians was that of Fedez in the occasion of his participation in the Rai May Day Concert

Speech Fedez May 1st, now the political controversy is ignited

It follows in the top 10, both for the number of likes and retweets, an ironic post from the same account Twitter published on October 4, to coincide with the down on most platforms of social networks, which made sure that most of the users found themselves on Twitter

Among the tweets that received the most like there is also that offormer Prime Minister Giuseppe Conte who manifested his own support for Fedez, precisely because of the quarrel with Rai linked to the May Day Concert. The post was the most appreciated internal policy content by Italians

As for the tweet of foreign policy with more likes, there is the post of Joe Biden on the day of his inauguration in the White House as president of the United States

Other content in the Italian top 10 of the tweets with the most likes is that of Cecilia Strada, in which he announced the death of his father Gino Strada

Among the most debated topics there was the coronavirus, both with the hashtag #COVID-19 than with the word #greenpass. While in the political sphere the #ddlzan, the law dedicated to the rights of the LGBT + community and to the fight against gender discrimination rejected by the Senate vote at the end of October

Among the most cited personalities on Twitter, music with the reigns supreme South Korean BTS band at the top of the list, followed by Louis Tomlinson by One Direction. In third and fourth place there are politicians Matteo Salvini And Matteo Renzi and in fifth position Harry Styles

The real musical phenomenon was the Maneskin, which in 2021 won everything. Their tweet in the aftermath of the victory at Sanremo Festival is the third most liked of the year

Among the posts with the most retweets there is instead the one after having triumphed atEurovision Song Contest: “Rock’n’roll never dies, tonight we made history”

As for sports, the most retweeted story was there silver medal won by Vanessa Ferrari, the star of Italian artistic gymnastics who has finally crowned the dream of conquering a podium finish at the Olympics

In the context of cinema the most discussed movie on Twitter in Italy is Jack Snyder’s Justice League, new version of the title released in 2017 affiliated with the characters created by DC Comics

In second place, it ranks Spider-Man: No Way Home, the last chapter of the saga of the homonymous Marvel Comics character directed by Jon Watts which will be released in theaters on December 15th

The third place is still occupied by the Marvel universe with Black Widow, the film that stars Scarlett Johansson as Natasha Romanoff and which is the sequel to Captain America: Civil War, released in theaters in 2016