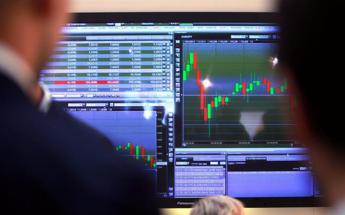 After three years on a roller coaster, we return to the problem that has afflicted Italy for decades: a gross domestic product that suffers perennially from rickets

The growth of the ‘zero point’ is back. After three years on a roller coaster, we return to the problem that has afflicted Italy for decades: a gross domestic product that suffers perennially from rickets. In 2020 covid led to the collapse of the Italian economy, and the restart after the lockdown found many economies unprepared, including that of the beautiful country. The direct consequence was the increase in prices, which inevitably led to the explosion of inflation. And while the 2021 GDP records numbers that have not been seen for years, thanks to the mix of these factors, Russia at the beginning of 2022 declares war on Ukraine, bringing the already high prices of energy materials to critical levels.

The numerous and notable changes that have taken place in record time have led central banks to adopt various measures, targeted and modified according to the emergency to be faced moment by moment (from the interest rate freeze to the creation of the Pnrr). The Italian gross domestic product, according to the latest Istat estimates, will grow by 3.9% in 2022 while in 2023 it should slow down to +0.4%.

The executive expects public debt to fall to 145.7% in 2022 and 144.6% in 2023. In its quarterly issue programme, the MEF reveals that ”the economic information referring to the final part of the year outlines trends heterogeneous”. The picture of uncertainty remains, but in November ”a recovery in household and business confidence and a less unfavorable trend in quantitative indicators” were recorded.

And despite the continuation of geopolitical tensions, ”the strategies adopted to increase storage, together with the lower demand connected to more favorable temperatures in the autumn season, contributed to the significant decreases in the price of natural gas, which then returned to rise from the second half of November but still remaining below the summer peaks”.

Adding up the drop in the price of oil and fuel, in November inflation measured by the harmonized index of consumer prices stabilized at 12.6% on the year, ”after a prolonged phase of acceleration. The spread of the inflationary impulse to all expenditure components fueled core inflation (net of energy and fresh food), which reached 6.1%, a historically high value, but lower than the average for the ‘euro area (6.6%)”.