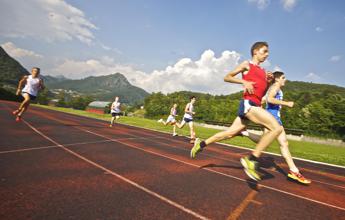 What emerges is a system at the service of the country, capable of walking on its own legs, which recognizes and values ​​women’s skills and abilities, and which tries to recover after the pandemic

More than 300,000 events organized in 2021, including sporting and cultural events; more than 94,000 affiliated sports associations and clubs, 11,600 facility managers, 35% of whom are women (twice as many as in top sport). All for 97.5 million euros in revenues in 2021 and 7 million and 400 thousand practitioners. And a clear mission: to make sport not only a lever against a sedentary lifestyle, but a driving force for cohesion, social inclusion, education, and sustainability. Sports promotion bodies represent all of this today: non-profit organizations that reuse all their proceeds in social activities and which remain among the realities most “plagued” by the pandemic. To say it are the data collected by the Permanent Observatory of grassroots sport – Eps, promoted by the ACSI, AiCS, ASI, UISP, US Acli bodies, with the technical collaboration of the Swg research institute and the Kratesis consultancy company, and financed from Sport and Health. Objective of the research: to analytically determine the weight of Sports Promotion within the Italian economic and social context.

What emerges is a system at the service of the country, capable of walking on its own legs, which recognizes and values ​​women’s skills and abilities, and which tries to recover after the pandemic. And the data confirms it. “The Observatory represents a photograph that can allow us to study shared action plans so that Italy can go back up a ranking that sees us in twenty-first place in Europe among the nations whose practitioners practice sports or carry out physical activity in their free time. We are at the level of Croatia, Greece and Poland. Far behind compared to the main European countries”, explains the General Manager of ASI, Fabio Salerno, present at the press conference. “We hope that the Observatory represents a continuous and constant method that increasingly involves the Institutions together with Sport and Health in a common path for a common goal. With a clear framework we will be able to ground concrete and targeted projects. Without which , the risk is to develop non-ideal solutions”.

The research clearly shows how sports promotion bodies perform a fundamental social function aimed at increasing the psycho-physical well-being of the Italian population, with particular regard to the most fragile components of the national community. Concrete demonstration of this commitment are the approximately 300,000 events organized during 2021 between sport (over 180,000) and social events (almost 120,000) throughout the national territory. An indispensable commitment in the light of the share of the Italian population that is still sedentary (30%), with all the negative repercussions that this entails for individuals in terms of quality of life and for the community in terms of healthcare costs (2.3 billion euros each year).

Sports promotion bodies stand out within the Italian amateur sports system for their ability to give space to the skills and abilities expressed by women, who represent as much as 35% of the system’s management. Almost 2 times more than National Sports Federations and associated sports disciplines. In addition, female work in EPS is particularly stabilized as it concerns 59% of permanent contracts stipulated, while 41% of these concern men.

However, the pandemic has hit the national amateur sport system violently, causing major contractions on all numbers, both those of EPS-affiliated sports clubs and those relating to members. This “hemorrhage” of organizations (-6% since 2019) and people (-17%) can easily be traced back to the heavy restrictions that affected amateur sports practice in 2020 and 2021. The grassroots sport system has been penalized well beyond the real scientific evidence of its “dangerousness” in the spread of the virus. The decision to favor competitive sport over grassroots sport had the only visible effect of a “transfer” of sports organizations from EPS to sports federations equal to 13%.

Despite the crisis, sports promotion bodies are confirmed as virtuous economic subjects which, in line with their social and non-profit soul, allocate all the economic resources at their disposal to the statutory mission. This virtuous attitude can also be seen on the revenue side, which 60% derives from forms of self-financing, first of all membership. This means that the entire system depends to a lesser extent on public contributions, which are nonetheless essential to guarantee access to basic sporting activity especially for the most disadvantaged sections of the population. Compared to 2020, higher expenses have been recorded to support the post-Covid recovery, increased by 17% and equal to 98 million.