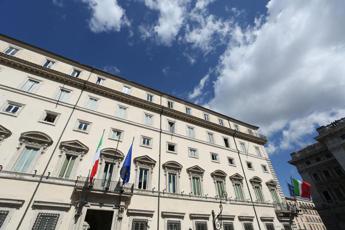 From the tax truce to the cash ceiling up to the citizen’s income: what changes

Maneuver worth almost 35 billion, there is the go-ahead from the Council of Ministers. Today at 10 “in a press conference I will specifically illustrate an important and courageous economic maneuver in support of citizens, with particular attention to low incomes and categories in difficulty” writes Prime Minister Giorgia Meloni on Twitter, at the end of the CDM which kicked off free for economic maneuver.


“In the press conference – he writes on Telegram – I will specifically illustrate all the measures of an important and courageous economic maneuver in support of citizens, with particular attention to low incomes and categories in difficulty. Italy is running again”.

The manoeuvre, underlines the MEF, is based on a prudent and realistic approach that takes into account the economic situation, also in relation to the international scenario, and at the same time sustainable for public finances, concentrating a large part of the available resources for interventions to support of households and businesses to counter the cost of energy and rising inflation.

Other resources, explains the Mef, have been allocated for interventions to support the family: tax wedge, reduction of VAT for some products, increase in the single allowance for families, concessions for permanent employment for women under 36 and for citizens’ income recipients, extension of the concessions for buying a first home for young people, the incremental flat tax.

In the economic manoeuvre, the MEF reports, increases in revenue of 138 million euros from cigarettes and 1.02 billion euros from the revaluation of assets and company investments are expected.

CITIZENSHIP INCOME – The transitional period towards the abolition of the basic income begins. From 1 January 2023, people between 18 and 59 years of age (able to work but who do not have disabilities, minors or dependents aged 60 or over) are granted income up to a maximum of 8 months instead of the current 18 renewable. A period of at least six months of participation in a professional training or retraining course is also envisaged. Failing that, the income benefit is forfeited. It also expires in the event that the first reasonable offer is refused. The income will be repealed on January 1, 24 and will be replaced by a new reform. A saving of 734 million is expected for 2023. The cost savings will finance a special fund that will finance the overall reform to support poverty and inclusion.

CASH ROOF – The cash ceiling goes up again, as initially envisaged by the quater aid decree, with an upward adjustment that was later left out of the measure. “From 1 January 2023, the threshold for the use of cash will rise from 1,000 to 5,000 euros”, reads the note released by the MEF at the end of the Council of Ministers.

TAX ON EXTRA PROFITS – The cdm “has foreseen an increase in the taxation on the extra profits of energy companies until 31 July 2023”. “From the current rate – reads a note from the MEF – of 25% it will go to 35% in 2023 as allowed by the EU Regulation. In this regard, the tax base also changes, no longer on turnover but on profits”.

TAX TRUCE – A “fiscal truce” intervention for citizens and businesses that have found themselves in economic difficulty in recent years also due to the consequences of Covid and the soaring energy costs. The maneuver approved by the council of ministers provides for it. Intervention that provides for the cancellation of files up to 2015 which have an amount of less than 1,000 euros, the installment of tax payments not made in 2022 without additional penalties and interest for those who, due to the covid emergency, expensive bills and economic difficulties, have no paid taxes. A mini-sanction of 5% is envisaged on debts for the two-year period 2019-2020. The installment is up to 5 years.

FUEL DISCOUNT – The discount on petrol drops, but not for hauliers. “From 1 December the discount on petrol and diesel goes from 0.25 per liter to 0.15 while for LPG from 0.085 per kg to 0.051. The reduction in discounts has no effect on hauliers who can count on other preferential schemes”, explains the Mef . Furthermore, “the Fund set up at the Ministry of Infrastructure and Transport is further increased to deal with increases in the prices of fuel and energy products, in relation to the provision of local and regional public transport services for road passengers, lake, sea and rail”.

DEAR ENERGY – The resources allocated to measures against high energy prices for the first three months of 2023 amount to over 21 billion euros: they will make it possible to increase aid to households and businesses, also expanding the number of beneficiaries. The Mef made it known, at the end of the CDM. “In detail – it is explained – the elimination of improper charges on bills is confirmed, while the tax credit for the purchase of electricity and natural gas for bars, restaurants and shops is refinanced until 30 March 2023, which it will rise from 30% to 35% while for energy-intensive and gas-intensive companies from 40% to 45%.The department headed by Giancarlo Giorgetti recalls that the Aid quater decree already provides for the possibility for companies to pay bills in installments up to 36 months. In addition, 1.4 billion are foreseen for the health sector for 2022 and 500 million for 2023, while for local authorities, including local public transport, a total of around 3.1 billion is allocated”.

PENSIONS – Stop the Fornero law and start of a new pension advance scheme for 2023 which allows you to retire with 41 years of contributions and 62 years of age (quota 103). For those who decide to stay at work, the Maroni bonus is refinanced, which provides for a 10% tax deduction. Extended for 2023 Women’s option with changes: retired at 58 with two children or more, 59 with one child, 60 other cases. The women’s option, please note, is reserved for particular categories: Caregivers, heavy workers, the disabled. Social Bee was also confirmed for strenuous work. Pension indexation +120% of the minimum treatment.

TAX WEDGE – Tax cut of up to 3% for employees with low incomes. The measure is worth 4.185 billion. There is a 2% tax exemption for incomes up to €35,000 and 3% for incomes up to €20,000. The reduction of the wedge is all for the benefit of the workers, underlines the MEF. In addition, a 5% rate is envisaged for employees for productivity bonuses up to €3,000. Permanent hirings are facilitated with a contribution threshold of up to 6 thousand euros for those who already have a fixed-term contract and in particular for women under 36 and for recipients of basic income.

FLAT TAX – In tax matters, the flat tax is extended up to 85,000 euros for self-employed persons and VAT numbers.

BILLS – For the most fragile families, the mechanism that allows them to receive the social bonus for bills with an increase in the Isee threshold from 12,000 euros to 15,000 euros is confirmed and strengthened.

EQUAL SCHOOLS – For private schools, the contribution -70 million- plus 24 million of resources for the transport of the disabled is foreseen”, reads the note from the Council of Ministers.

EXPENDITURE CARD – A fund of 500 million euros is set up for the creation of a ‘Carta Risparmio Spesa’ for low incomes up to 15,000 managed by the municipalities and aimed at purchasing basic necessities. It is, explains the Mef, a sort of “shopping vouchers” to be used at points of sale that adhere to the initiative with an additional discount proposal on a basket of food products.

PLASTIC AND SUGAR TAX – New stop for plastic tax and sugar tax. The maneuver approved by the Council of Ministers provides for the suspension also for 2023 of the entry into force of taxes on disposable plastic products and sugary drinks. The measure is worth 600 million euros.

BRANDS – “200 million are foreseen for the Marches for 2022, to which are added the additional 200 million foreseen in the manoeuvre” announced the MEF at the end of the Council of Ministers.