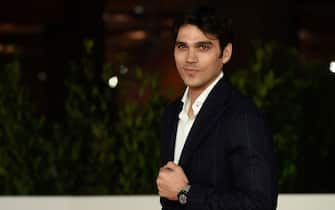 Giuseppe Maggio is Dario. Lawyer, womanizer, Dario knows how to please. It will be the joke ready, it will be that look a bit like that, but the girls just can’t seem to resist it. Except one … In fact, behind that arrogant air, he too has a heart. And maybe he’s just waiting for the right person to prove it.

WATCH THE VIDEO: 4 Half, the official trailer of the Netflix movie has been released

Matilde Gioli is Giulia. Researcher in statistics and mathematics for finance, Giulia is a woman who is aware of her own potential, both at work and in her private life. Pragmatic, frank, she does not expect much from others – and in this perhaps she is wrong – but she asks for everything from herself. Maybe too much?

Matilde Gioli nominated Knight of the Republic by Mattarella

Ilenia Pastorelli is Chiara. Anesthesiologist, only apparently distracted and naive, Chiara is an instinctive and passionate woman who has quite clear ideas: she is looking for a serious story. He’s not afraid to admit it, and he’s not afraid to experience one. Virtually irresistible.

The best films to see in January in streaming and in cinemas. PHOTO

Matteo Martari is Matteo. He collaborates with a publishing house but he is by no means a boring intellectual. Spontaneous and affectionate, Matteo, like Chiara, is not afraid to get involved. He loves to joke but he is not one of those who steals the show. On the contrary: more than once he will prove to be able to step aside …

Matilde Gioli, all the roles. PHOTO

In the cast the French actor Elmano Sancho.

In the film too Tommaso Basili, already seen in the series Petra, May God help us and Don Matteo.

Also the Portuguese actress and singer Soraia Tavares is part of the cast.

Also in the cast is the Portuguese actor Luís Filipe Eusébio.

In the film too Cristiano Piacenti, already appeared in Half Black, Baby and Zero.