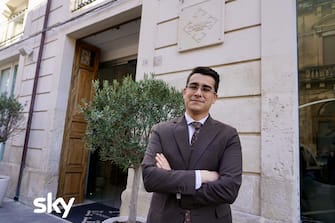 Roberto is the young director of the Boutique Hotel Caportigiaa 5 star hotel in the center of Syracuse.

The staff is made up of very young people and this is a source of great pride for Roberto.

The property is a former historic building from the early 1900s that was completely renovated in 2017 with a very modern style and design objects.

The splendid Villa just outside Noto is part of the historical heritage of the Sicilian Villas.

Mariella is the director of Algilà Ortigia Charme Hotela 4-star hotel located right in the center of the island of Ortigia, the oldest and most characteristic part of Syracuse.

Mariella has a very clear idea of ​​hospitality: good service and the resolution of any type of problem, even the smallest, in a short time.

The Hotel consists of two separate buildings: the original one with 32 rooms and another building next to it of historical value (Palazzo Bon Giovanni) with another 22 rooms.

Giusy is the owner of AD 1768, a beautiful boutique hotel located in the center of Ragusa in front of the Duomo.

Giusy has decided to create a unique place that combines the design of her adopted city, Milan, with the tradition of her region, a mix of styles with contemporary works of art alongside frescoes from the 18th century.

Ad 1768 is a “provocative” structure as Giusy states. In the photo the hotel rooms.

The hoteliers of the first episode of 4 Hotels in Sicily in the Val di Noto.

The hoteliers at the table of the final confrontation.

Anna Maria wins the first episode of 4 Hotels with its enchanting Villa Giulia, founded in 1874 by Aunt Giulia Dejan

The Hotel Villa Giulia di Anna Maria wins the victory, particularly appreciated was the rich breakfast buffet rigorously with local and zero-kilometer products of their own production.