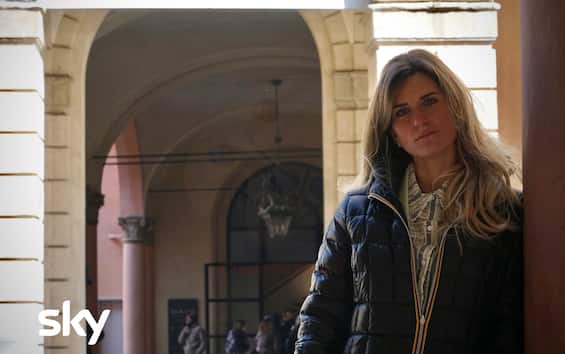 Bruno Barbieri’s journey 4 Hotel (THE SPECIAL) stopped in the heart of Emilia to show us one of the most popular and visited cities in our country. Here in Bologna (not far from Medicina, which gave birth to Bruno Barbieri), the challenge was won by Letizia Cavazza Isolani. Here is what the winner of this extraordinary experience told us.

the interview with the winner

Yours is a historic family home, how did the idea of ​​making it open to the public come about?
The idea was born in 2015, already having a farmhouse, we decided to propose the format also in the city, the first four rooms were inaugurated at the end of 2016, to follow, at the beginning of 2017 we opened the other eight rooms.

Two words about the history of Casa Isolani.
The rooms in Piazza Santo Stefano are in the attic of Palazzo Isolani, an eighteenth-century palace owned by one of the oldest families in Bologna, it is part of history; the other eight in Via D’Azeglio in a nineteenth-century building.

Were you a fan of the program, and would you have ever expected to attend 4 Hotels?
Yes we are fans, but I honestly didn’t expect it. I had no idea how participation in the program worked, and I never thought I’d be selected.

What was it like interfacing with cameras and colleagues?
I tend to be quite a shy person, I like to be behind the scenes and I don’t like to appear; overcoming the initial obstacle it was a lot of fun and certainly an experience that made me grow!

What does it mean to sleep in beauty, in the heart of the historic center of Bologna?For me it means going to my room in the evening after a walk under the Unesco arcades and in the most beautiful squares of Bologna, and waking up with the morning lights on the roofs of the city.

What do you think was your trump card?
The location in the heart of the city and the attention to detail.

What does it mean to feel at home when you are a guest in a hotel?
When I travel I love the feeling of “freedom” in the structures where I stay, feeling free to have the keys, go in and out whenever I want, have a cup of tea in front of a book on the terrace; I like the discreet presence of the hotelier who is always ready in case of need.

Was there any criticism that stimulated you?
All the criticisms received were a starting point for growth and improvement.

What was it like working with Bruno Barbieri, and how did you expect it?
I didn’t know what to expect, it was beautiful, fun and inspiring. He is a person who has traveled the world, and who gives so many valuable tips to follow.

What have you brought home, beyond victory.
The memory of a wonderful and unique experience, the comparison with colleagues, the opportunity to test yourself and improve yourself, working with a staff that is always ready and attentive.