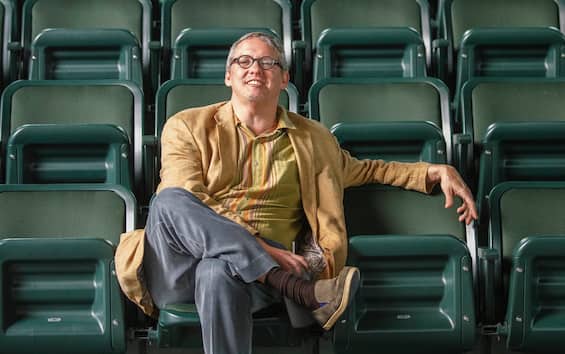 Adam McKay did not address the issue of climate change in Don’t Look Up for convenience. He didn’t do it to earn four Oscar nominations, exploiting one of the most debated topics recently. McKay spoke about what is happening to our planet because it was important to do so and the attempt should be appreciated, regardless of how well the message was actually grasped. Now his commitment has gone even further than the desire to use his professional talent to talk about it. The director has in fact donated $ 4 million to the Climate Emergency Fund, an important association that deals with certain issues.

Adam McKay took an interest in climate change long before he took over directing Don’t Look Up. In fact, everything can be traced back to the previous four years, when in a very short time he found himself reading the United Nations climate report and the book Uninhabitable Earth by David Wallace-Wells. These readings made him definitively become aware of a problem whose proportions he had not understood until that moment. For a long time he had thought, like many of us, that the disaster was all in all far away in time but discovering that after all there are less than a hundred years to go until the disaster has drastically changed his perspective.

The idea behind Don’t Look Up is to make everyone understand with the same force the urgency of the problem using a language that is not taken for granted, that of satire. As the director himself pointed out, the idea was to make a film more about how we handle the threat than about the problem in and of itself: “Some people take the black pill, which is ‘everything is cynical, everything is a lie’. And that could be the most destructive road we could ever take, ”he pointed out. On December 29, he sparked the debate with a tweet that said: “If you don’t have at least a little bit of anxiety about the danger of the climate (or the poised United States), I’m not sure if Don’t Look Up it will make no sense to you ”. It was clearly a provocation but it served to scare people a bit. On the other hand, as McKay himself recalls: “When people watch the film and are particularly afraid of what is happening, they tend to respond a little better”. How many were finally convinced to worry about climate change thanks to the film is not known. We certainly know, however, that Adam McKay did not limit himself only to exposing the idea of ​​him through his work.

The director’s donation is the most generous of a single citizen to the Climate Emergency Fund. Never in its history had the important organization received $ 4 million from a single person and McKay will still be able to personally supervise how all this money will be spent. The director has in fact also joined the board of directors of the Climate Emergency Fund, praising the commitment of this reality in financing “civil activism, non-violent and disruptive”. Adam McKay then launched an appeal, inviting everyone “to join me in doing everything possible to avoid the impact of a rapidly worsening climate crisis”. According to the artist, the time for courtesy and small steps is over. We hope they hear more of the characters in the film than him.