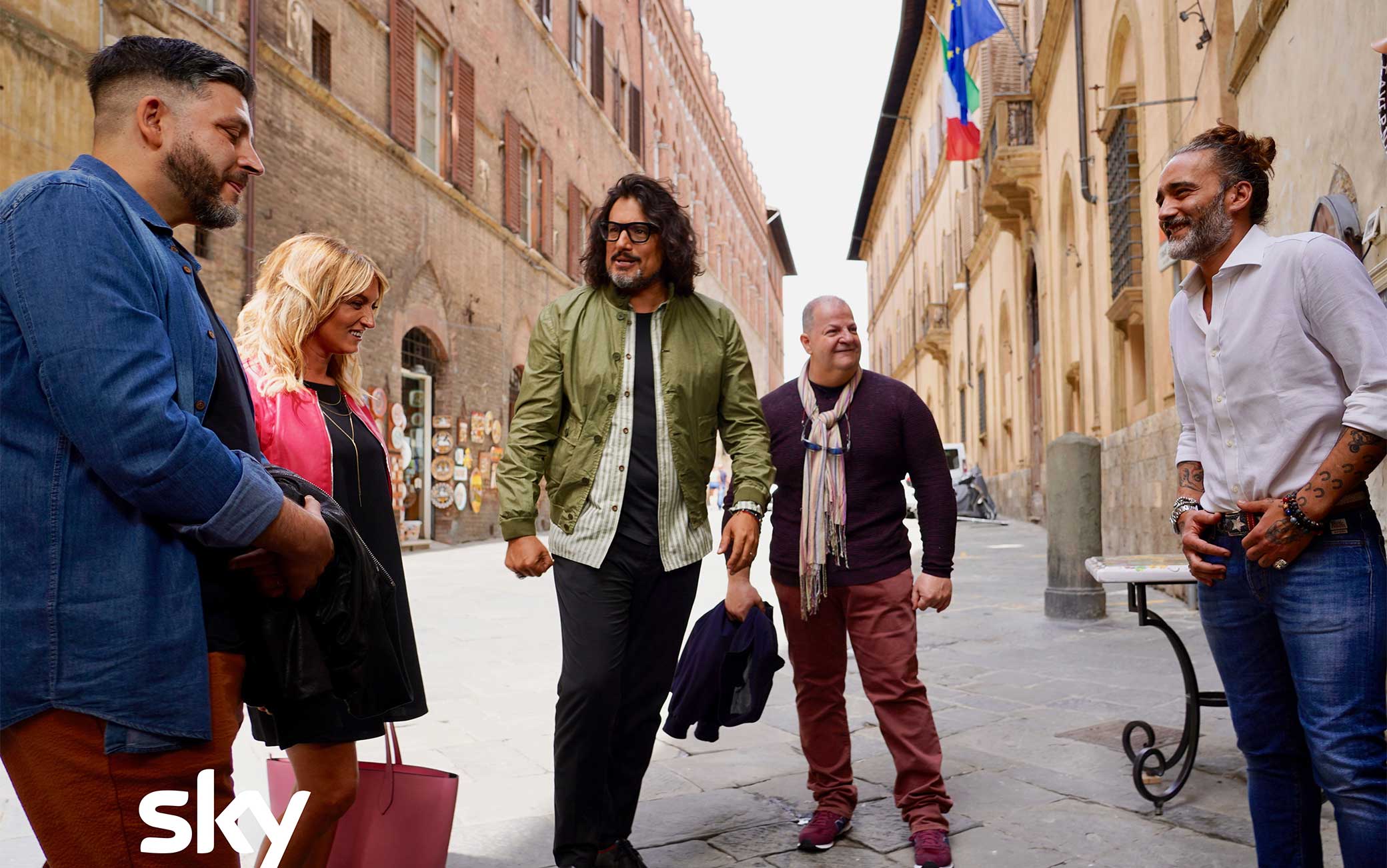 In the city of the Palio, where the parochialism between the districts feels very strong every day, Alessandro Borghese animates and referees a challenge between four typically Sienese restaurateurs especially in the proposal of what is a traditional element of local cuisine, the game. Very traditional presentations will arrive on the table and others more open to innovation, the challenge will therefore be between two currents of thought. But what will it be the best game restaurant in Siena?

In addition to game, which obviously will be the subject of the category Special, the four restaurateurs competing will be called to vote – with a score from 0 to 10 – location, menu, service, bill of the restaurant that hosts them, according to the mechanism underlying the challenge that has become not only a fixed appointment for the public, a real cult of Italian television, but also a habit, with the traditional report card to be drawn up at the end of the meal. Up for grabs for the winner of the episode, the highly coveted title of best restaurant and an economic contribution to invest in your business.

In the episode of Sunday 17 December at 9.15 pm on Sky Uno, always available on demand, visible on Sky Go and streaming on NOW, to challenge each other there will be a tavern, a wine shop, a farmhouse and a restaurant: Niccolò with The Captain’s Tavern, Raffaella with Detail of Siena, Federico but for everyone “Ghigo” with Trattoria La Colonna And Marco with Osteria Le Sorelline. As per tradition, each meal will be preceded by the scrupulous inspection by chef Borghese of the restaurant kitchen. Everything is observed in the smallest details, for an analysis that then continues even during the meal, focusing on the dining room staff, put to the test on hospitality, table service, description of the dish and wine. Only at the end do we discover the judgment of chef Borghese, who with his votes can confirm or overturn the entire ranking. All restaurants participating in the program are identifiable through a “stamp” 4 RESTAURANTS exposed to the outside, a network of premises tested by those in the know: the restaurateurs themselves.

THE RESTAURANTS OF THE EPISODE

The Captain’s Tavern: a classic Sienese tavern a few steps from the Duomo, where the “captain” is Niccolò. Beautiful face, pigtail and tattooed hands, he defines himself a pirate a bit by nature a bit because he spends the winter in the Caribbean where he works as a personal chef. After a not particularly brilliant university career, he decided to run the restaurant together with his father and sister. The dishes are super traditional and the cook is the former dishwasher he and his father taught their home cooking. He defines his cuisine «authentic and crude“. A bit of a showman, sure of himself, for 14 years Niccolò, during the Palio, was the “barbaresco” (ie the one who looks after the horse) of the district of L’Aquila. The internal rooms of the Taverna del Capitano are characterized by traditional barrel vaults with red bricks and covered with paintings and photographs that pay homage to the palio and the districts.

Detail of Siena: the name comes from the adjective with which Raffaella defines her cuisine and her restaurant. Raffaella is sought after in the ways, in the location – just outside the walls, under the Risalita di San Francesco – but above all for the cuisine in which the classic Sienese dishes meet the Japanese culture: you can find the hare with mushrooms, caviar and oysters or the breast of quail with horseradish and katsuobushi. In addition, Raffaella also ventures to eliminate the traditional wild boar because, she says, “they do it everywhere“. The environment is “unusual for Siena”, the three rooms are characterized by dark walls and a refined design: the first room is more intimate, with a fireplace designed especially for the place that incorporates the three circles of the restaurant logo; in the central hall there is a wooden piece of furniture that reproduces the keel of a ship; finally, the last room was created inside a natural tuff cave. The mise en place is minimal, decided by Raffaella; on each plate a glass animal, from the snake to the duck, without any reference to the districts.

Trattoria La Colonna: Ghigo is the most classic example of “Tuscan truthfulness” and is known throughout the city for his game dishes, which he often hunts personally to bring it to the tables of his restaurant. Ghigo loves game so much that he even puts it on pizza, for which he chooses wild boar sausage. Almost surprisingly, in the menu of the Trattoria there is also fish: «If one is good, he can do what he wantsHe says. The restaurant is located outside the walls, near the highway, in what

Federico defines “a strategic and transit area”. Located in a historic building, it has two modern rooms, on white and black: the first is adjacent to the kitchen with some symbols of the districts on the walls and a photo of a victory at the Palio della Torre; the other room, on the other hand, is a heated veranda.

Osteria Le Sorelline: in the center of Siena, near the San Francesco slope, inside the walls, stands what was once a small gastronomy and which now, after Marco’s arrival, has become a real restaurant. The cuisine of the Osteria is never banal: for him tradition is not everything and in the kitchen you have to give free rein to creativity through innovative dishes with Asian influences, such as gyoza ravioli stuffed with pheasant. For Marco, cooking is a way of expressing himself. For his fellow Contrada members, Marco is a lucky charm: every time he decides to do something new, they say, the Giraffa district wins the Palio. Osteria Le Sorelline has two souls: the gastronomy and the restaurant. Upon entering, the first thing you notice is the delicatessen counter, full of cold cuts and ready meals; then, going down and up two short flights of stairs, you arrive at the restaurant: a welcoming place, an atmosphere

cozy and intimate with a colorful mise en place.

The program was created in full compliance with the safety of the participants and with the regulations relating to the containment measures of the infection by the Sars-Cov2 Virus as per the DPCM in force during the registrations.

“Alessandro Borghese 4 Restaurants” is an original Sky production made by Banijay Italia.

ALESSANDRO BORGHESE 4 RISTORANTI is every Sunday at 9.15 pm on Sky Uno (channel 108, digital terrestrial channel 455), always available on demand, visible on Sky Go, on smartphones, tablets and PCs, even when traveling in the countries of the European Union, and streaming on NOW.