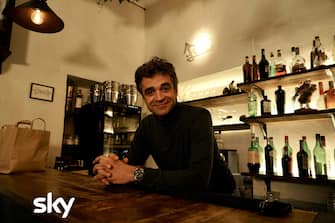 In via Orti, in the Porta Romana area and once the red light district of Milan, there is Filippo and his restaurant El Pecà.

4 Restaurants in Gubbio, Silvia wins with her Agriturismo Casella del Piano. The interview

The simple but not banal cuisine, with references to the Milanese tradition such as Milano al Mare, the reinterpretation of the Milanese cutlet with the red tuna steak, and the Tabù risotto made with saffron pistils, raw red shrimp and licorice.

4 Restaurants, photos of the best restaurants of Gubbio cuisine

Between Sarpi and Sempione, arriving by the sea in Puglia thanks to the genuine and passionate cuisine of Giulia, owner of the Ristorante da Giulia.

Giulia always gets supplies from the Fish Market and is so demanding on raw materials that everyone knows her by now.

A woman all in one piece, with the timbre of Camilleri’s voice, she commands her restaurant without hesitation.

4 Restaurants in Molise, wins Miriana and her Cian Restaurant since 1976. The interview

In Porta Genova, close to the Navigli, there is the T4 Bistrot Experience of Nicolas, the chef.

4 Restaurants, photos of the best restaurants on the Molise coast

After many experiences (including starry ones) around the world, he stopped in Milan for love. The kitchen flows in his veins.

4 Restaurants in Grado, wins Cristiano and his Trattoria Ai Ciodi. The interview

Nicolas does not feel simply fusion, but “Confusion”: the staff is dressed informally, the environment is a mix between the 30s and the 70s, the cuisine mixes his background and the clientele is young and varied.

In the Lodi area there is Danilo, from Milan and owner of Shannara 2.

The watchword for him is top: from raw materials to gastronomic choices, for Danilo everything must be top. Inside the restaurant’s aquarium there are only excellences: blue lobsters, jumbo lobsters, kingcrabs, oysters.

It offers traditional fish cuisine, from a plate of raw fish to taglioni with squid and bottarga (prepared personally), without forgetting some particular combinations.

The restaurateurs at the table of the final confrontation with Alessandro Borghese.

The van of 4 restaurants stops at the Ristorante da Giulia.

Giulia wins the title of best fish restaurant in Milan.