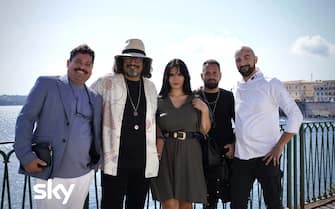 4 Alessandro Borghese restaurants takes us to the east coast of Sicily to locate the best restaurant between innovation and tradition of the island of Ortigiain Syracuse, the only city in the world to have its historic center on an island

4 Restaurants, chef Borghese in Syracuse between innovation and tradition

He’s in the race for the title Alevante Restaurant by Igor, owner and executive chef of this restaurant located in the Giudecca district, one of the oldest districts of Ortigia and also the last to be re-evaluated, outside the tourist circle

Igor in his restaurant offers dishes that are a meeting point between different territories and cultures bordering the Mediterranean: Sicily, Puglia, Lazio and even North Africa, due to the geographical and historical proximity to the island

Of Salento origin, Igor landed at Ortygia initially to participate in a regatta, but once here he fell in love with it; he is convinced of being a gourmet alternative that satisfies the sophisticated palates of tourists and locals in a friendly and unique environment

Macallè Sicilian Bistrot it is located in the Spidduta, also called Quartiere degli Spiriti because, due to the particular shape of the streets, you can hear the voices of passers-by between one alley and another, but without seeing anyone

4 Restaurants, photos of the best restaurants on the seafront in Naples

Mauritius he thinks his is a main road, a goal to be reached for all restaurateurs. The di lui is a precise message, dedicated above all to an international clientele, for him much more prepared and ready to implement a new idea of ​​Sicilian catering than the Ortigiani

Mauritiusexuberant but very fussy and confident, does not want to label his own kitchenthe customers who go to him are of a medium-high target, well aware that they will find a different cuisine from the classic one

Piero’s Tavern is located in the historic center of Ortygia in the tourist alleys, between one small shop and another, in the heart of the “Original movida”. The place is now fully in the hands of the little one of the family, Angela

4 Restaurants, photos of the best Italian restaurants in Edinburgh

Angela with her authoritarian temperament she controls not only her uncle (and owner), but also her mother, grandmother and staff: she is the face of the place and the hall is his kingdom

4 restaurants, Agriturismo Ca’ Lunati is the best restaurant in the Bolognese hills. Interview

Originally from Crotone, already at the age of 16 Angela she worked at the family restaurant and for her now Ortigia is home

4 Restaurants, photos of the best restaurants on the hills around Bologna

Mirko’s Maniace Inn it is just a few steps from the Castle, in the district of the same name which takes its name from the fortification that stands on the extreme southern cusp of Ortigia

Mirko manages the dining room, a role he takes very seriously. He has always had the dream of opening his own restaurant and he succeeded in 2016, when he came across the inn

Full of tattoos that tell his story, Mirko she loves to take care of her outfit. The Castle area is rich in tourism and traditions, the inn is small and welcoming, decorated in the colors of the sea, all white and blue. Outside there is a gracious dehors that overlooks the Ortigia passage

In Mirko’s inn you will not find the classic Sicilian cuisine but a modern reinterpretation: the menu changes frequently, what remains constant is the use of local products, however assembled, for example, with creams or cheeses, to obtain a particular mix such as mussels in gorgonzola

Igor, Maurizio, Angela and Mirko at the table of the final confrontation together with Alessandro Borghese