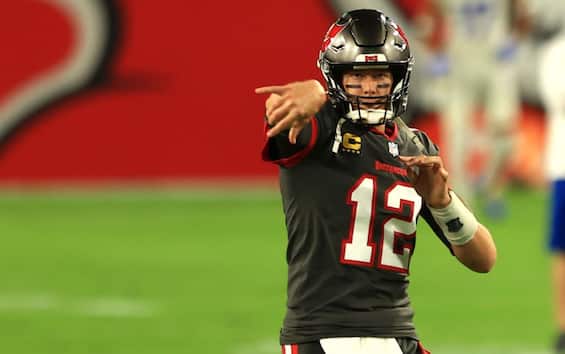 When you appoint Tom Bradythe reference cannot be al Super Bowl, the most important sporting event in the United States of America, which monopolizes attention in such a way as to be followed all over the world. Tom Brady is rightly considered one of, if not the strongest athlete in American football history. In his career, he has won six Super Bowls with the jersey Patriots and one with that of Buccaneers. Together with the former colleague Joe Montana, they are the only two American football players to have won the MVP (Most Valuable Player) title of the Super Bowl and the NFL more than once. In short, a career that makes him enter by right among the most important and well-known sportsmen in the world. In fact, some experts have elected it as GOAT, acronym for Greatest Of All Time which in Italian means “The greatest of all time”.

At the same time as his quarterback career, which he did not abandon despite an initial retirement thought, Tom Brady is trying to try his hand as an actor. Indeed, he is on the set of the film 80 for Brady, which tells the story of a group of friends and their unforgettable adventure lived in a Super Bowl, more precisely the 51st (LI). A memorable match, where Tom Brady dragged the New England Patriots to victory with a sensational comeback against Atlanta Falcons. In fact, despite winning 28-3 they did not manage to take the title home, being first reached in regulation time and then definitively overcome in extra time. Through a post published on his Instagram profile, Tom Brady has unveiled the first shot from the set of the film, which portrays him in the company of the actresses Lily Tomlin, Rita Moreno, Jane Fonda and Sally Field. In addition to this photo, Tom Brady also jokingly wrote: “80 for Brady! I am so grateful for the opportunity to work with these legendary women and for the entire team that is working on this story. How many times do you think I have had to repeat my lines? “

For the quarterback this is not an absolute film debut, having had a small role in Ted 2 of 2015, but surely this is the first film as a main protagonist. At the same time, Tom Brady is training with the Buccaneers to try to win another Super Bowl in 2023, which for the athlete would be the eighth in his career.