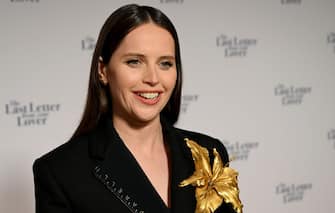 Felicity Jones is the protagonist of the film A just causein which she plays Ruth Bader Ginsburg, the first young law professor, lawyer and magistrate

WATCH THE VIDEO: A just cause: the trailer

Armie Hammer gives face and voice to Marty Ginsburg, husband of Ruth Bader Ginsburg and lawyer. Ruth and Marty team up to bring a pioneering case to the United States Court of Appeals

WATCH THE VIDEO: Who is Armie Hammer

In the biographical film we also find Justin Theroux in the role of Mel Wulf. Part of a conservative system, he doesn’t support Ruth’s choice to wage a battle against gender discrimination

Armie Hammer, all films with the actor

The 60 best villains in the history of cinema. PHOTO

Among the characters in the feature film, we find Jim Bozarth played by Jack Reynor

Chris Mulkey plays Charles Moritz, client represented by Ruth Bader Ginsburg. Sixty and alone, for the assistance to his sick mother he did not benefit from the tax deduction provided by law, as a man