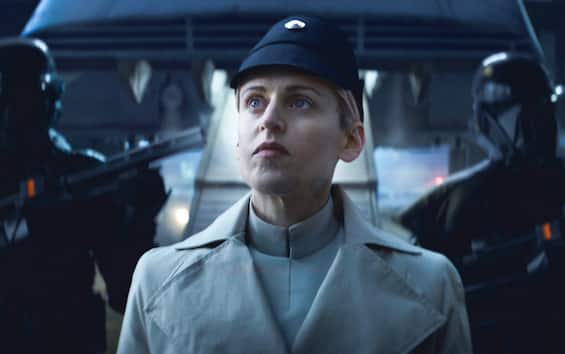 After leaving the role of the imperial officer Dedra Meerowhich suppresses rebellions in the galaxy of Star Warsand having presented the new stellar TV series Andor to the Lucca Comics & Gameson the weekend the actress Denise Gough he visited the Uffizi Galleries and, as a note from the Florentine museum reports, “he particularly appreciated, in addition to the masterpieces of Renaissance painting, the evocative ancient sculptures of the Sala della Niobe, on the second floor of the Gallery”.

THE PRESENTATION OF ANDOR AT LUCCA COMICS

On October 30, the protagonist of Andorthe prequel to Rogue One that among dangers, deceptions and intrigues he explores the rebellion against the Empire of the revolutionary hero Cassian Andor (interpreted by Diego Luna), presented the new tv series of the star saga at Lucca Comics & Games. As reported Badtaste, “Be part of Star Wars it makes me feel really happy, ”said Gough. “Star Wars unites generations, you can be seven and have a conversation with someone twenty-seven and share experiences about Star Wars and talk about it for hours “. A belated love, because “in my life I have never been an avid fan of Star Wars. She was part of my family, but I was more of a girl Batman. Star Wars it has never been part of my world, which is that of the theater, but then it arrived Andor“. The first signs of attraction to the universe of the saga appeared in a wax museum, where Gough took a photo with Darth Vader, and were then confirmed by reading the script of the series: “I thought,” This is pure magic. ” I wanted to make sure there was good writing behind it and that the character had a good path to take. ” Gough has indeed embraced the “true privilege” of interpreting the nuances of Dedra’s character: “Whoever you are and however you identify, there is both light and darkness in you. Although obviously in Dedra there is just a pinch of more darkness ”.

THE NIOBE ROOM AT THE UFFIZI

The Niobe room of the Uffizi, much appreciated by the actress, is inspired by the myth of the Greek myth of Niobe, the proud mother of fourteen children who mocked the goddess Latona, mother of only two children, the gods Apollo and Artemis. To punish the pride of the woman Latona she ordered the killing of her children and, according to the Latin poet Ovid, once the massacre took place Niobe turned into a block of marble and her tears gave birth to a spring. The homonymous neoclassical room of the Florentine museum houses twelve ancient sculptures, Roman copies of a Greek original found in Rome in 1583 and purchased by Cardinal Ferdinando De ‘Medici. The statues represent dramatic and theatrical characters on the run or shot to death, including Niobe, who as she turns a frightened and pleading gaze to the sky tries to protect her youngest daughter.