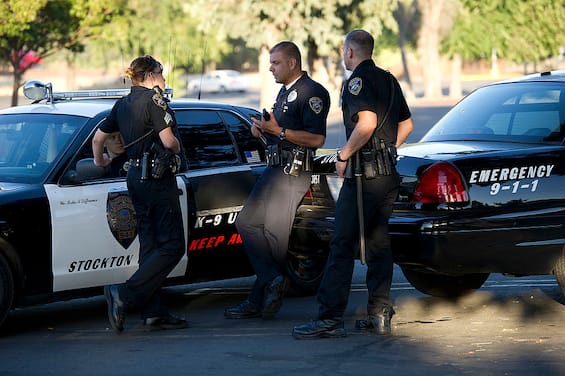 The six murders that have troubled the community in a city near San Francisco in the past seven months could be the work of a serial killer. This was announced by the Stockton police, promising a $ 125,000 reward for any information leading to the arrest of the killer, as reported by the New York Times.

Six victims and one survivor of the ambush

Five victims, all men between the ages of 21 and 54, were shot and killed while alone in dark areas at night or early in the morning between 8 July and 27 September. Four were Hispanic, one was white, none were robbed of anything, and the murders took place in different neighborhoods. Behind these murders, according to police, is the same hand that killed a 40-year-old Hispanic in Oakland, California, and injured a 46-year-old homeless African American in Stockton who luckily survived.

Police posted a video about a suspect

“We may be facing the case of a serial killer and so we will face him,” Stanley McFadden, the chief of police of Stockton, said in a press conference. The police have also posted videos showing a person who is currently only considered “of interest” but asked everyone in the area to cooperate. The only survivor could not see the killer in the face because her face was covered with a mask.

Stokton, a poor and violent city

Stockton is a city of 320,000 inhabitants about 130 kilometers from San Francisco in the rural area of ​​the Central Valley and has been fighting for years against the violence and poverty widespread among its inhabitants. In 2012, it became the largest city in the United States to declare bankruptcy, following the collapse of the housing market and years of mismanagement and overspending. There have been 43 murders in Stockton this year alone, up from 39 last year.