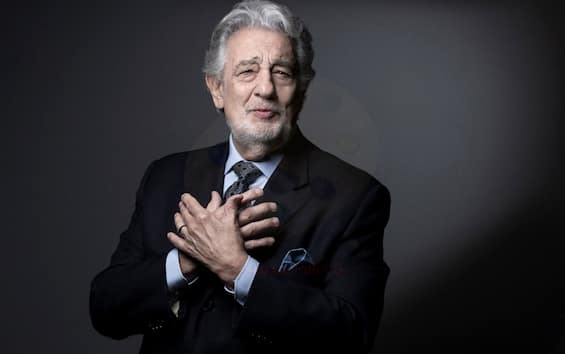 “One of the first things they tell you is about don’t go up in the elevator alone with Placido Domingo”. The distorted voice, from behind in the shadows, during the television programme Salvados, an anonymous Spanish opera singer accused the tenor82 years old, of harassment that occurred in the 2000s. For the first time, the allegations of a Spanish woman have therefore joined the complaints from other countries as well. Already in 2019 an investigation by theAssociated Press in fact, he had reported several allegations of sexual harassment against the Spanish singer that would have been perpetrated over three decades in the United States against numerous professionals in the world of opera. “This is Domingo. He is untouchable. He shouldn’t be but he is”.

The artist cited two different episodes. “The first time I felt uncomfortable was during rehearsals. He asked me a very strange question in front of everyone – he asked me: “Can I put my hand in one of these nice pockets of yours?”. It hit me right in the stomach and I thought to myself, ‘What can I tell Domingo to move forward normally? If I say no, there will be consequences and if I say yes, I don’t even want to think about it’”. In those moments, the “incredibly uncomfortable” situation would have made the singer feel like “on quicksand”. On a second occasion, after a performance on stage and now with the lights off, Domingo “kissed me on her mouth, and it was a kiss that I didn’t see coming and therefore I couldn’t dodge. I didn’t want to be kissed. The act was over, the music had stopped and the curtain was coming down. There was no justification.” The singer explained that she was afraid to speak for fear of negative consequences on her career, but that she finally found the courage of her thanks to the women who told their stories before her.

“It was a known secret”, added the American mezzo-soprano Patricia Wulf, the first accuser of the tenor, whom she defined as “a god” in the world of opera. Domingo would have entered her dressing room while she was dressing, he would have telephoned her at inappropriate times, he would have made advances to her and finally he would have called her husband a “rival”. At the investigation ofAssociated Press not only were the surveys by the Los Angeles Opera added, which allegedly highlighted that the “level of annoyance reported by women” in the place where the tenor held the role of conductor “variegated, ranging from some women who they claimed they were not a unease to others that described a significant trauma“, but also that of the American Guild of Musical Artists. The baritone Samuel Schulz, former vice president of Agma, also denounced an alleged agreement worth half a million dollars that would have been stipulated between the singer and the union to avoid to publish an investigation that would prove inappropriate behaviors to the detriment of twenty-seven women over the course of twenty years. Schulz allegedly complained that he had lost his important role in the union precisely because of the decision to deliver the document to the press. In addition to the previous rumours, Uruguayan soprano Luz del Alba Rubio made further complaints harassment of Domingo, which she considered “the price to pay” at least until his rebellion: “I can’t give a kiss if I don’t feel like it, are my singing, my preparation not enough? Do I have to do this to be worth it?”. The reaction would have aroused Domingo’s wrath: “He was very angry, he told me I could have a good career”.

THE STATEMENTS OF THE TENOR

When the allegations first surfaced, Domingo said they were grieved for causing discomfort “no matter how long ago and despite my best intentions.” The tenor also declared that he assumes the “full responsibilityof his actions, adding: “I believed that all my interactions and relationships were always welcome and consensual. People who know me or who have worked with me know that I am not someone who would intentionally hurt, offend or embarrass anyone”. Later, however, Domingo said his apology would give a “false impression” of what happened. “I know what I didn’t do and I will deny it again. I’ve never been aggressive to anyone and I’ve never done anything to hinder or impede anyone’s career”.

No criminal proceedings have been initiated against Domingo, but numerous Spanish and US performances have been canceled and the tenor gave the resignation from the Los Angeles Opera. Furthermore, last August, the feminist associations of Verona, led by “Non Una Di Meno”, sent a letter to the mayor Damiano Tommasi expressing “astonishment and consternation”: “Domingo has already been accused of sexual harassment in 2019 and in 2020 he resigned from his position as director of the Los Angeles Opera, declaring his repentance and apologizing to the victims, only to then retract everything shortly after. He now he is subjected to other serious allegations: would be a member of a sect that reduces women to sex slaves, under the influence of a self-styled guru and yoga master: investigations are underway in Argentina”. Similarly, a note from the communication workers’ union called for the cancellation of the Gala Domingo 2023 “also in the light of the scandals of the last years”.