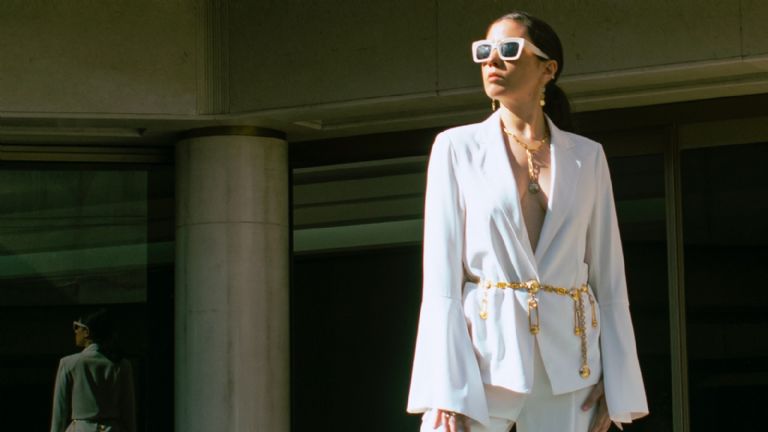 We will do a moon ritual in “The island of Lesbos”. The Chilean music icon is on the verge of presenting a new plate, another demonstration of how expansive this career has been, which unashamedly moves between pop intimacy and the bursting of the disco, always reconfiguring imaginaries and stories. That is the case of “The island of Lesbos”.

With all the power of the full moon that visited the premiere, Javiera Mena invites us to her “mythological imagery of lesbianism and union between women. We wanted to release this video on a full moon to be under this energy with which women feel so connected. We are influenced by the moon, intuitive people and in line with the cosmos”says the singer about the new preview of “Nocturna”.

An album that works as a compilation of experiences and unpublished plate. “These are songs that I have been releasing during the pandemic and this is the prelude to my fifth studio job”says Mena about the track inspired by the funky soul of the eighties, full of synthesizer basses, with references like Change or Evelyn Champagne King.

composed in Mexico beside The Three Kamikazesand accompanied by a clip directed by Michelle GualdaJaviera assumes the role of a cougar, a desirable, elegant, well-positioned woman. “The island of Lesbos is a premium experience, rarely associated with the lesbian world. We wanted to present lesbians as a group of high quality professionals. The idea was not to put them in a grotto, with fabrics, while they touch each other. It’s something more real: a lesbian party where everyone knows each other.”

It is a tribal place, which is not sexual for its own sake, where women feel belonging, identify, desire each other, enjoy and connect. “Lesbians for consumption are young and hegemonic women; for us it was important to be able to show diversity. Older women, bisexual women. It’s like reappropriating the term lesbian and extolling it. Saying ‘we are lesbians, look how good “The Island of Lesbos” is’, a party that you would also like to be at”Gualda adds.

Javiera Mena descends from her lunar paradise and returns to Chile with the launch of her fifth album, “Nocturnal”. A celebration to be held on October 29 at the Teatro Coliseo, with tickets on sale within the next few days, through the Puntoticket system.