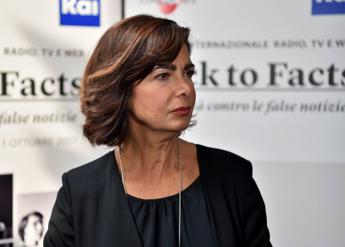 “I claim the right to be in that square, I certainly don’t have to ask anyone for permission. I will be delighted to meet them again to speak seriously”

“The girls didn’t want to talk, they wanted someone to attack, they were looking for an excuse to make the show. I’m sorry they don’t think it’s important to join forces between those who work in Parliament and those who play in associations. serious”. Thus, with the Adnkronos, the deputy of the Democratic Party Laura Boldrini returns to the “protest” received yesterday at the demonstration for the right to abortion, together with the association ‘Non una di less’, at the Esquilino in Rome, and shot in a video that has had hundreds of thousands of views.


“It was a beautiful event in which many women, many associations and very different realities participated, there was a good climate – says the former speaker of the Chamber – with me there were also other representatives of the Democratic Party, Monica Cirinnà , Cecilia D’Elia, Marta Bonafoni. Debora Serracchiani has also passed, even though I have not seen her. We spoke to many women who were happy to see us because it is an important moment to join forces and defend a right, that to abortion, which represents many feminist battles “.

“Almost at the end of the demonstration – adds the former Speaker of the Chamber – three girls approached together with a small group with mobile phones ready to shoot. They did not want to talk but to attack. They deny the importance of joining forces between those in the institutions. and who is outside, and this is a huge limit, especially when certain rights are called into question “.

“I don’t have to give credit to anyone, I’ve been fighting for women for decades, both in parliament and in refugee camps in many countries from Afghanistan to Iran to Sudan, to the former Yugoslavia. I think – says Boldrini – it’s a mistake. lash out against a person who has always been at the forefront to defend the rights of women, in this case the right to terminate a pregnancy, but also those of refugees, LGBTQ people. I claim – he continues – the right to be in that square , I certainly don’t have to ask anyone for permission “.

“I’m sorry that it is not clear that rights are affirmed or canceled in Parliament where laws are passed. For this we must be on the same side and join forces. Not understanding this is a serious limitation. These girls have screamed their anger”.

“I will be delighted to meet these girls again and talk to them. This position, of considering me and the Democratic Party as enemies, is completely busted. We defend law 194. It is the method of those who do not believe in institutions – insists Laura Boldrini”.

Did they target her because she was the best known MP? “I don’t know – replies Boldrini – but I wonder what good is this? The gist of my speech is: I’m sorry that these girls don’t want to grasp the importance of joining forces at this moment, when the right to abortion it is endangered. Many people were happy to see us parliamentarians in the square “.

“Then came this small group that started a fight, which I tried to avoid. I repeat: it is a mistake to attack those who spend themselves on women’s rights, and it is counterproductive not to recognize the importance of institutions to safeguard rights”, concludes the former Speaker of the House.