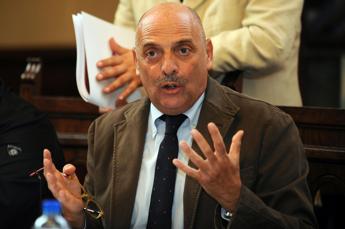 “He used the ‘we’ probably meaning us Catholics, he is very much a believer”

“Alfonso (Signorini, ed) he did very well to express his idea
clearly during the episode of Big Brother, he must not apologize to anyone. Those in favor of abortion have bloody hands“. It is the thought that Paolo Brosio expresses to Adnkronos by intervening in the heated social controversy unleashed after the conductor’s utterances Alfonso Signorini on abortion during yesterday’s episode of Big Brother. “The right to life is not the individual right – Brosio insists – It is about the health of a life, of a life that is beginning to take shape”.

On the use of ‘we’ by the conductor of the Gf Vip in expressing his opinion, which is causing discussion on the web, Brosio observes: “Perhaps he meant ‘we’ who have a Catholic background, because I know that Alfonso is also very devoted. Although in many ways he distances himself from Catholic culture, however he is very believer. “Brosio, who attended the Gf just last year, underlines:” I was the first in my life to be very libertine, but when you get close to God you have to come to terms with God “.

And on any ‘apologies’ from Signorini loudly evoked by the people of the internet, it is clear: “Must apologize to whom? If you are against abortion, it is your idea and you need to make it explicit. It is right to hear all the opinions, but in Italy, thank God, there is also conscientious objection. Does he have to apologize to those who don’t think like him? You have to have a single thought, can’t you have a different idea? I don’t see why to expect Signorini not to have his say on such a delicate subject “. In conclusion,” he did very well for me. If he thinks so, he must say it. He has all my understanding and solidarity, because I know that he goes to church and prays. It would have been inconsistent if he had said otherwise, “the reporter says.