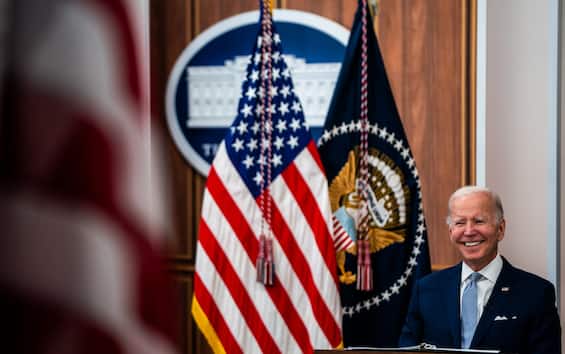 United States President Joe Biden has signed a new executive order that aims to ensure American women have access to voluntary termination of pregnancy. A decision that comes at a symbolic moment, immediately after the pro-abortion front’s victory in the referendum in the conservative state of Kansas, and at the inaugural meeting of the Task Force on Access to Reproductive Health Care, recently established by the administration and made up of representatives from various federal government departments. And Biden did not miss a tough attack on the Supreme Court, defined as “extremist” after the cancellation of the Roe vs Wade ruling. (THE STAGES OF THE RIGHT TO ABORTION IN THE USA)

The executive order on abortion

The president of the United States explained that the executive order “adds to what I signed last month: it will help safeguard access to health, including the right to choose and contraception. In my administration, we are doing everything we can. we can to protect the health and safety rights of the people of this country, including the right for women to choose, ”Biden said.

The attack on the Supreme Court: “Extremist”

“The Roe vs Wade ruling was right, it was law for 50 years and was torn up by an extremist court,” were the words of Joe Biden. The president of the United States then appealed to Congress, inviting him to restore the law. to abortion in the wake of the decision that came from Kansas: “Voters have sent a powerful signal,” she said in reference to the result of the vote in the historically conservative state. “It is a time when women’s rights and health are at risk “, Biden remarked:” “The battle is not over yet”, he added accusing the conservative ideology ‘Maga’, the slogan ‘Make american great again’ conceived by Donald Trump and the Republican party of having brought the United States back 50 years old.

The referendum in Kansas and the victory of the pro abortion

And only yesterday in Kansas, a traditionally “red” state – the color of conservatives in the United States – did the pro-abortion front win a large victory. Voters rejected the proposal to abolish or severely limit the termination of pregnancy, in the first real political test after the historic decision of the Supreme Court that overturned the ‘Roe vs Wade’ ruling. The referendum question asked citizens if the right to abortion should be eliminated from the State Constitution: over 60% of the 900,000 people who went to the polls, where they also voted for the primary, decided to safeguard the possibility of choice . “I don’t think the Supreme Court and the Republicans in Congress – who have been pushing their extremist agenda for decades – had any idea of ​​the power of American women. Yesterday in Kansas they found out,” celebrated Joe Biden.