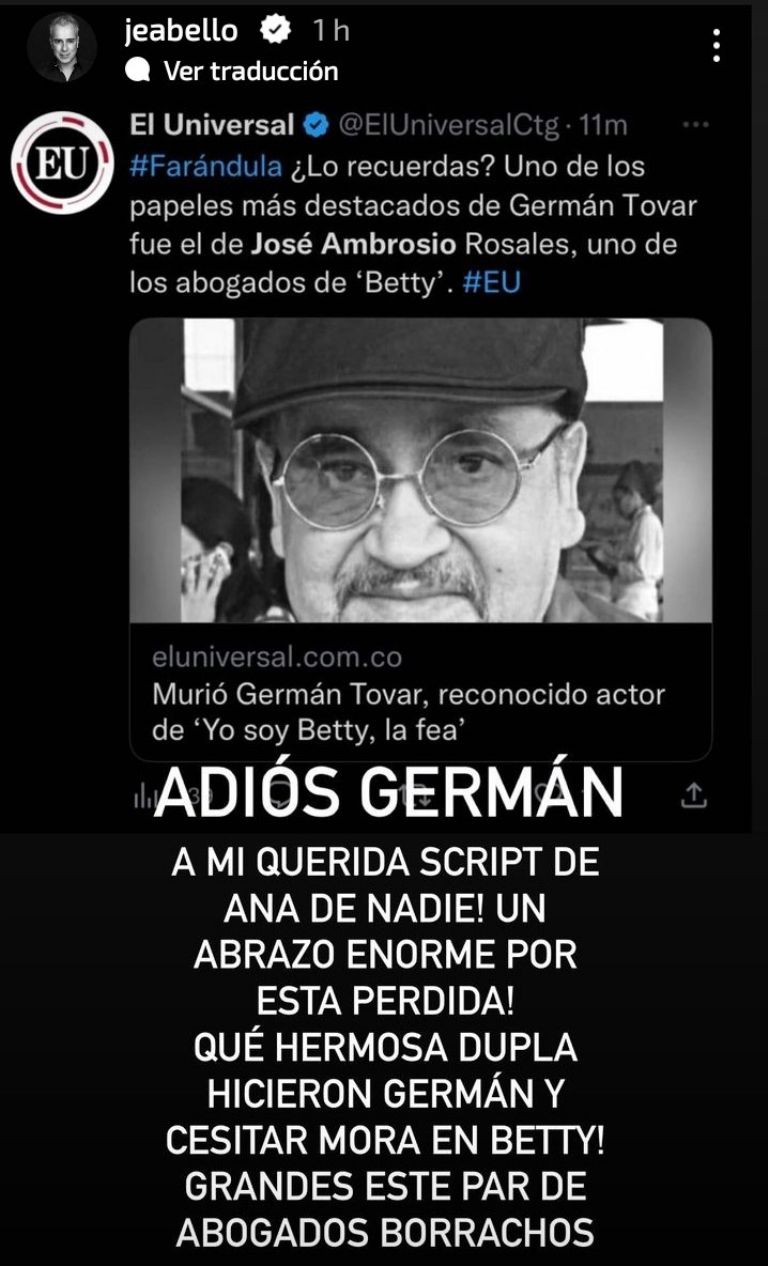 The Colombian soap opera ‘Ugly Betty’ It was one of the most watched two decades ago in the entire region and its fans around the world still enjoy some episodes on digital platforms like Netflix. The truth is that the cast headed by Ana María Orozco and Jorge Enrique Abello won the hearts of the public.

Today one of the actors in the cast of ‘Ugly Betty’, German Tovar at 72 years old and all his castmates sadly say goodbye to him. The news was released by the Colombian Association of Actors (ACA) on social networks and renowned actors joined his virtual farewell.

“Today our dear colleague and friend Germán Tovar Celeíta, a great fellow member of ACA since its foundation, who gave us his support in the communications secretariat, left ACA,” ACA wrote. German Tovar He played one of Patricia Fernández’s admirers, “La Peliteñida”, a role in charge of Lorna Cepeda.

German Tovar had the character of José Ambrosio Rosales in ‘Ugly Betty’ and he was one of the lawyers trying to prove that the Terramoda company, owned by Betty and Nicolás, had interests in Ecomoda, which was commanded by Armando Mendoza. One of his most remembered scenes is when he tries to win over Patricia with a box of almonds and she tells him that she won’t go out with him.

Ana Maria Orozco He replied to the news on social networks and wrote next to a postcard from the actor: “German Tovar, unforgettable in Ugly Betty. May you rest in peace”. Natalia Ramírez, who gave life to Marcela Valencia, also sent a message online and wrote: “May she rest in peace”.