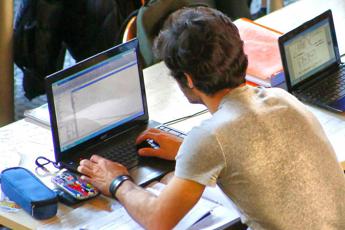 They mislead consumers in good faith

“Like Altroconsumo, we have long been denouncing the growth of abusive reviews, that is, those promoted by subjects who promise an economic advantage in exchange for positive reviews, deceiving consumers in good faith. Therefore, we can only appreciate the initiative announced today by Amazon with the launch in our country of the criminal action against one of the main brokers of fake reviews. “This was declared by Federico Cavallo, Head of External Relations at Altroconsumo.


“Already in 2019, with our investigation, carried out at European level, we had highlighted – continues Cavallo – the issue calling into question various platforms to counter these offenses. Our commitment to consumer protection has never stopped in recent years and, indeed, we have decided to relaunch it with four complaints filed with the prosecutors of Bologna, Ivrea, Milan and Rome against the managers of websites and groups that offer services of boosting, i.e. the exchange of refunds in exchange for positive reviews. Furthermore, to bring out the phenomenon in its entirety, we sent a report to Agcm asking to shed light on the possible unfair commercial practice underlying this trading of fake reviews by professionals on some websites, on social networks and on Telegram channels. We hope that, starting from these independent initiatives, consumer organizations and platforms will be able to continue their common commitment to stem a phenomenon that harms everyone. ”

With its action, Altroconsumo criminally disputes the crimes of disturbed freedom of industry and commerce and aggravated fraud. The Organization asks the Antitrust Authority to open an investigation to ascertain the facts and ensure the cessation of such harmful practices. It proposes, in any case, to impose the closure of social groups and the blackout and of the websites found guilty of the abuses.