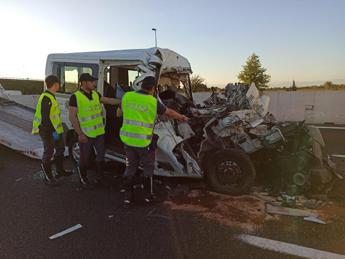 The victims of Friday’s tragic accident on the A4 have risen to 7. In the morning today it was 36-year-old Romina Bannini is brain dead, the educator who group of disabled people killed in the collision with a truck on the highway. The news was given by ‘Veneziatoday.it’, adding that “the delegation of the relatives of the victims of the massacre arrived from Riccione who, accompanied by the mayor Daniela Angelini, presented themselves to the hospital of San Donà di Piave for the sad formalities of recognizing the bodies.


Massimo Pironi died in the accident, 63-year-old former mayor of Riccione and driving the vehicle that collided with a truck and the boys of Centro 21, Maria Aluigi 34, Francesca Conti 25, Rossella De Luca 37, Valentina Ubaldi 31 years, Alfredo Barbieri 52 years who died on the spot. “To these was added the seventh victim, Romina Bannini.