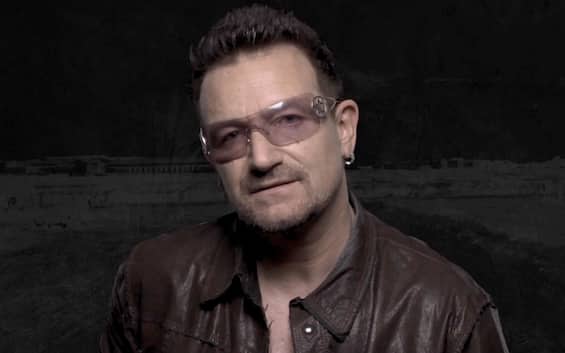 That U2 never loved POP it was now clear to everyone. Scrolling through the playlists of the various tours of the Irish band, it is difficult to find a song from the unfortunate 1997 album. Some time ago The Edge he had branded that courageous experiment on which he had bet a lot as “a compromise”. A potentially brilliant idea that was wrecked in the face of the need to find a team during a difficult time for the band, in which perhaps the ambitions were really too big even for a group like U2. Their producer friend Jimmy Iovine it was no coincidence that he defined that work as “the most expensive demo in the history of music”. An opinion probably shared by the frontman of the band Bono Vox which, in his biography Surrenderhe bubbled POP as a work it simply “doesn’t live up to its title”.

an album dedicated to andy warhol

Today on the internet there are people who compare the ninth album of the U2 (tenth if the sortie in name is also included The Passangers) with Lodgers by David Bowie. Both albums closed a very lucky period for their authors but were eventually almost engulfed by the rest of the repertoire. Nevertheless POP it wasn’t born to be a minor work, on the contrary: inside there was all the magniloquence of U2, determined to operate their umpteenth artistic transformation. The title was a statement of intent in itself, as Bono recalled by highlighting how POP was a tribute to Andy Warhol: “U2 headlined POP in his honour. And since Andy is synonymous with Pop Art, we came to call our tour PopMart – Bono explains in his biography -. To recognize the role of consumerism in his art ”. Even musically, the path chosen was to build more rhythmic, almost danceable songs, which were affected above all by the passion of Bono and The Edge for electronics and dance music. A turning point that had however contributed to dividing the band, with the drummer Larry Mullen who (thanks to a back surgery) found himself playing a marginal role within this change. In general, all this work was born in a climate of tension, which also involved the producers of the album. At the end POP it came out much less carefree than it was intended and, if it really had to represent, as Bono writes, “our New Order side”, it can easily be considered a hole in the water. In the end, a record came out much more similar to that of the “classic” U2, which inserted electronic suggestions without seeming to believe it too much: it was precisely a compromise between the various souls of the group and it was felt. Contributing to the failure, despite the excellent start in terms of sales, was the need to put their latest work on the market as soon as possible: in fact, U2 had already organized and announced a spectacular tour that could not exist without POP.

Chronicle of an announced failure

In the end, while not representing a commercial fiasco, POP quickly became an unhappy episode within the Irish group’s discography. The flaunted PopMart Tour it ended up being a pompous attempt to save a Titanic that U2 themselves perhaps wanted to see sunk at that point. “The PopMart could rewrite the ending. True? If we live up to it on stage, we can change things. And the idea of ​​the tour is courageous: to pay homage to Pop Art”, he recalls today having thought of the Bono times. But it is difficult to understand how much he really believed it. That album was simply not meant to be featured at events of that magnitude. It had ended up being the opposite of what it should have been intended: dark, spiritual, intimate and political. Bono had no faith in anything and his lyrics didn’t sound like someone ready to party. The PopMart Tour was sold out but, like the recording event that had inspired it, it was not as successful as the cold numbers suggested. He took the group to South America for the first time and it was once again a futuristic spectacle, with the four of them stepping off a spaceship and a giant lemon watching over the audience, but it seemed to be missing a heart: U2 may have forgotten that in the hurry. Gianni Sibilla, who was present at the concert in Reggio Emilia, writes about Rockol: “I remember it as one of the worst concerts I’ve seen in my life: the band a kilometer away, great scenery but little soul”. In the end, everything appeared botched even to the creators of the project, who in fact also struggled to choose the best version of the singles to send to the radio. Soon songs like Gone, Discothèque and Staring At The Sun they stopped being played live, so much so that to date the last appearance of a piece by POP in one concert it even dates back to the mid-noughties. The truth is that POP it’s not even a record bad enough to make the rounds and become a forbidden pleasure: it’s really just a tasteless and expensive demo thrown out too soon, a painting sold before the painter could even get the colors on it. Today, when he looks back on it, Bono Vox photographs that experiment as the biggest flop of his career precisely because it is neither fish nor fowl: “It’s almost all. Nobody gives a damn about the almost. When finished – though not finished – POP it was not the party we wanted. It’s the hangover after the party.” And nobody, not even U2, wants to remember a hangover from which it was so difficult to recover.