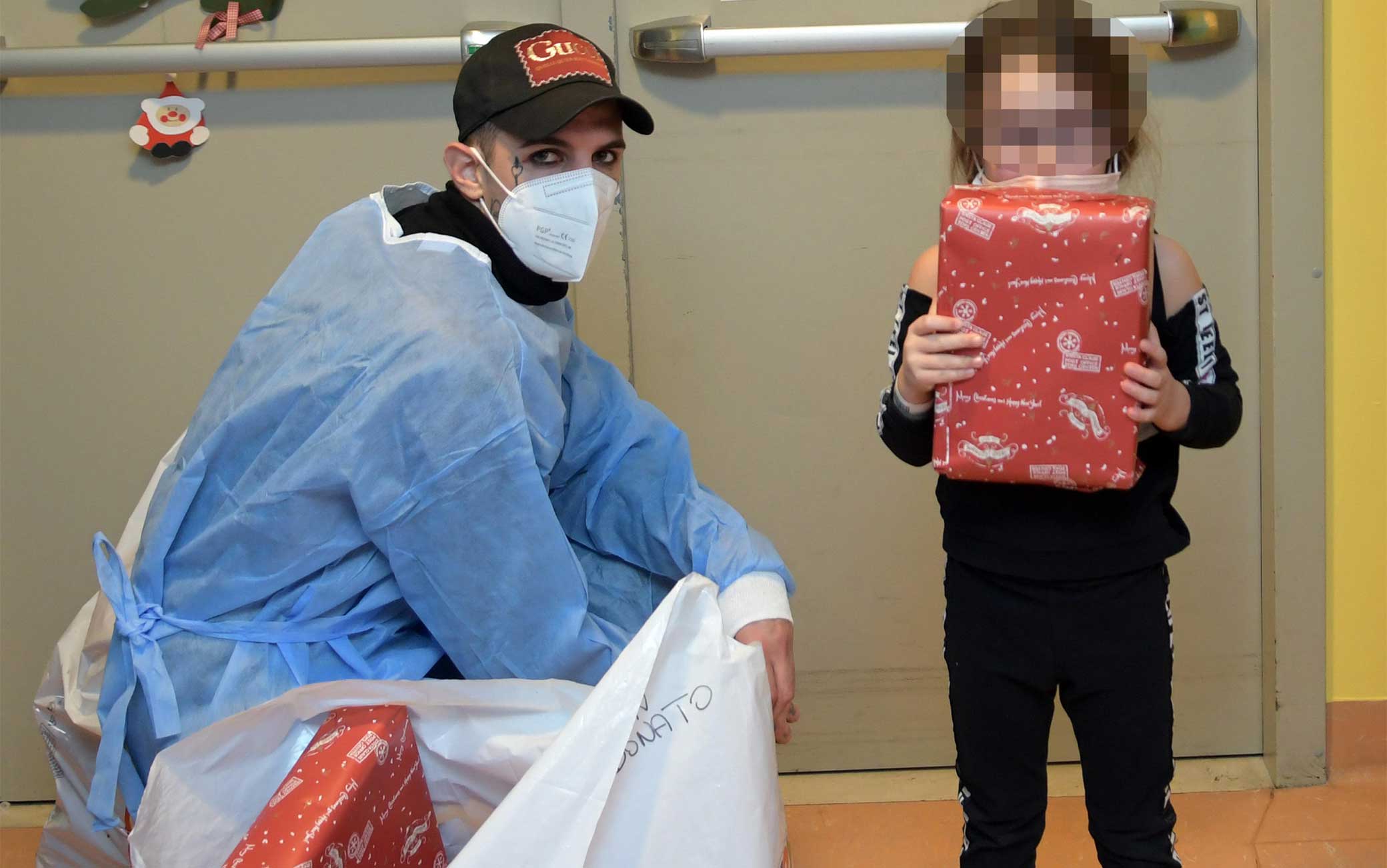 The singer-songwriter and rapper Achille Lauro modern ‘Santa Claus’ today for the little patients of the pediatric cardiac surgery department of the San Donato Polyclinic in Milan. The artist, who did not wear the clothes of the iconic Christmas figure but interpreted its spirit, gave gifts and gave smiles to the hospitalized children, lending himself for games and for the many shots in memory of this moment that brought great joy in the ward among the 22 young patients coming not only from Italy, but also from Cameroon, Tunisia, Serbia, Egypt, Algeria and Romania

Lauro, welcomed by the president of the Gsd Foundation Gilda Gastaldi and by the staff, brought another precious gift to support the projects of the non-profit Foundation of the San Donato Group: a donation of 100,000 dollars. The funds were raised during a unique event, staged last December 7, in which the singer-songwriter interpreted the songs of his repertoire showing everyone the sensations and beats of his heart. The creation of an exclusive work of art that reproduced the heartbeat and the emotions felt by the singer during the performance, detected thanks to hi-tech sensors and instruments applied to his body. The digital painting was auctioned on the Crypto.com platform. The donation will be used in the purchase of a three-dimensional echocardio-color-doppler.

“Thanks to the San Donato Polyclinic I was able to relive the magic of Christmas through the eyes of children. A Christmas whose essence is contained in hope. We spent a few moments of carefree togetherness, playing, singing. I hope I have reached their hearts and being able to give them a moment of serenity and happiness as much as they did with me “, said the artist