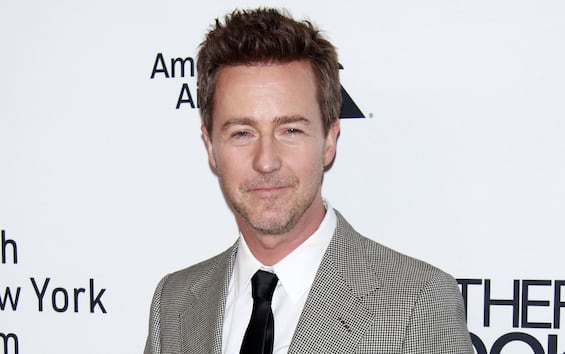 Edward Norton, the actor of Collateral Beauty and the recent film Glass Onion: Knives Out, has discovered that the real Pocahontas, the fictionalized and mythologized 17th century daughter of a Native American chief who later became a famous Disney cartoon, is his great-grandmother in the twelfth grade. The Hollywood star learns of her connection to the woman who married one of the first English settlers of North America John Rolfe, on the PBS program Finding Your Roots (“Find your origins”).

Historian and broadcaster Henry Louis Gates Jr. has confirmed that the rumor that has been circulating for some time is a fact: “You have a direct lineage, without a doubt, John Rolfe and Pocahontas are your twelfth great-grandparents”. According to Gates, in fact, the couple married on April 5, 1614 in Jamestown, Virginia, when William Shakespeare was still alive. The historian added that the documents revealed that Pocahontas died three years later in Gravesend, England, while Rolfe died around March 1622. “It makes you realize what a little piece of the whole of human history you are,” the actor noted afterward. the revelation. The programme, which traces the ancestral histories of celebrities, also found that Norton’s third great-grandfather John Winstead owned a family of slaves including a 55-year-old man, a 37-year-old woman and five girls aged 4 , 6, 8, 9 and 10 years old. Norton said he felt “uncomfortable” with this part of his past but added: “It’s not a judgment on personal life, but it’s a judgment on the history of this country and it needs to be recognized first and then fought against.” .