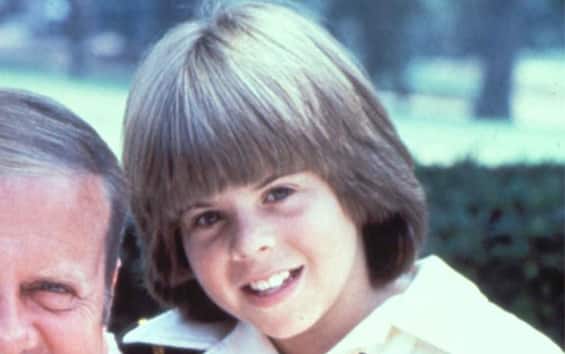 On January 7, 2023 Adam Rich is dead at his home in Los Angeles at the age of 54 years old. The news was confirmed by his agent Danny Deraney and reported on the Los Angeles County Medical Examiner’s website. “Kind, generous and a warrior in the fight against mental illness”: Deraney described the actor who grappled with success at an early age in the late 70s by joining the cast of the TV series The Bradford family.

Farewell to the “little brother of America”

“She was selfless and always cared for her loved ones. That’s why a lot of people who grew up with him feel a part of their childhood is gone, and they’re saddened,” Deraney added. “He really was America’s little brother.” From 1977 to 1981 Rich starred in the hit television series The Bradford family which told the story of a family made up of a couple and their eight children, broadcast by ABC for five seasons. Adam Rich played Nicholas Bradford, the youngest son, known for having a pageboy haircut.

Set in Sacramento, The Bradford family is a series based on the memoir by Tom Braden and tells the life of a family between problems, generational comparisons, dramas such as loss and tensions between brothers. Tom Bradford, a journalist, and his wife Joan, a housewife with a passion for photography, have eight children of various ages. In the second season Tom becomes a widower and begins a new relationship with Sandra, a war widow who meets the Bradford family when she begins to act as a support teacher for Tommy who can not go to school because he broke his leg. Tom and Sandra soon get married and the family dynamics seek a new balance.

Who was Adam Rich?

Born October 12, 1968 in Brooklyn, New York, Adam Rich studied acting at Chatsworth High School in California’s San Fernando Valley. In 1976 he started doing the actor as a child on the TV show The Six Million Dollar Man to then continue his career with Love Boat, Fantasy Island, CHIPS, and other small-screen products. In the 80s he was also part of the cast of Code Red And Dungeons and Dragons. You were not married and had no children, but in the past you developed an addiction to substances which ruined your health. In 1991 he was arrested on charges of burglarizing a California pharmacy and actor Dick Van Patten who in the series The Bradford family played the family man, rescued him from prison.