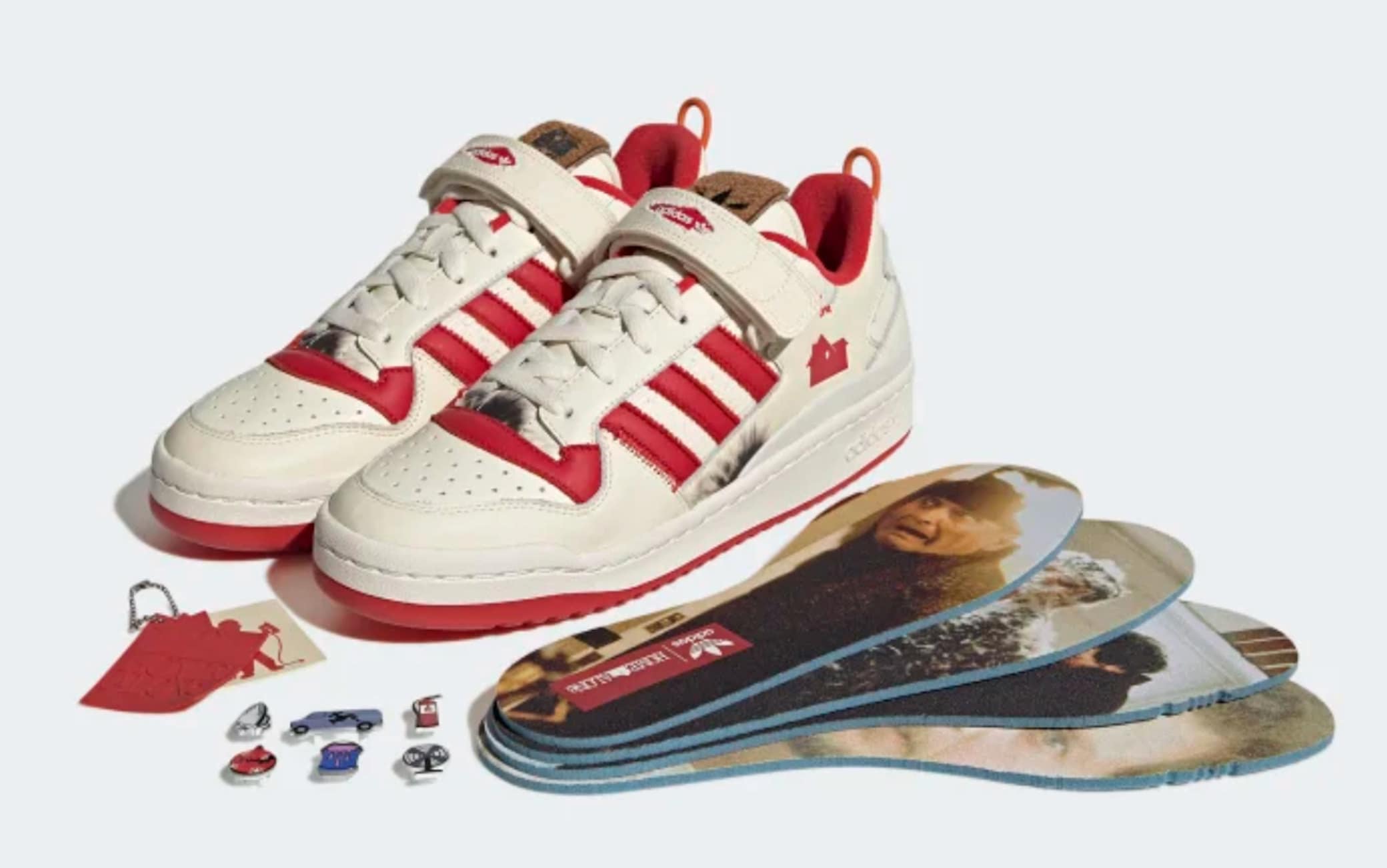 
These are the sneakers that Macaulay Culkin wears in the role of the protagonist Kevin, the terrible one “enfant prodige of legitimate defense “that will be able to put the two terrible criminals in check, the thieves Harry and Marv. The two unfortunates, more than criminals, really try everything to get their hands on that loot that is the enormous McCallister villa, which has remained unattended for the Christmas holidays while the family flew to Paris, but not the whole family left for the Ville Lumière…

The legendary 1990 film written and produced by John Hughes and directed by Chris Columbus is honored by the streetwear brand specialized in sneakers, which for the occasion reissues its Forum Low in a very rich easter egg guise.

Unlike the original worn on the set, in fact, here is the “Home Alone” logo (placed on the front tab as if it were the McCallister doormat) and many themed burns.

Under the strap you can read: “This is my house, I have to defend it” and there are many nice personalized insoles depicting the two thieves and other unforgettable scenes from the film.

The battle plans and the two bandits played by the irresistible Joe Pesci and Daniel Stern decorate the insoles while some exclusive clips can be added as laces stops.

This is yet another flirtation between the German multinational and pop culture, of which Adidas has recently been proving to be a huge fan.

To celebrate the upcoming holiday season, there was no better pop culture icon than the Christmas movie par excellence, so that of Adidas turns out not only to be yet another flirtation with the cult brands. entertainment but also yet another goal (staying on the subject of sports shoes).

Do you remember the sneakers Kevin McCallister wears? You notice them right away, especially when he is sent to detention in the attic and lies down on the bed with his shoes on.

It will be that the number one prohibition of every child or ex-child is precisely that of getting on the bed with shoes, the fact is that if you think locally it will certainly come back to your memory that iconic shoe that goes against the rules (and against the hygiene demanded by adults).

If, on the other hand, you have had a little rigid upbringing and broad-sleeved parents (lucky you!), Then you will find the frame of the film with the aforementioned shoes in the image at the bottom of this article. Also in the trailer for Mom I missed the plane that you find at the top, at the top of the article, you can see them.

The color is exactly the one chosen by Kevin (or, in all probability, by his mother): white sneakers with red contrasting elements.

The soles, the side bands and the Adidas logo are in the cherry red nuance, exactly like the gymnastic shoes of the protagonist of this blockbuster.
But this re-release is enriched with many easter eggs that will delight cinephiles, as well as sneakerhead obviously (given that these limited edition shoes will immediately be snapped up by collectors and sports shoe fanatics, the so-called sneakerheads).

Since they will be on sale

The Adidas Forum in edition Mom I missed the plane they will be on sale starting Wednesday 1 December, from 10 am, that is, in less than 24 hours.

Get ready to elbow because to say that they will be snapped up is little: let’s say that the two thieves played by Joe Pesci and Daniel Stern could have been satisfied with taking away this pair of shoes from what it will be worth in a few hours …

In fact, it is estimated that collectors are already preparing for compulsive buying.
To be able to grab a pair of these limited edition sneakers you will need to download the application Adidas Confirmed. Only after downloading the app will you be able to register to hope to be extracted. Upon registration, the application will ask you to pre-authorize the purchase.

At that point, on December 1st, luck will decide if that pair of shoes will be at your feet during the Christmas holidays. If you are drawn, you will have the right to buy the shoes at the market price, equal to 110 euros.

Will it be as difficult as breaking into the McCallister house? Unless there is a Kevin to prevent us from buying, there is no more difficult task than that! Word of Harry and Marv.

Below you can see some photos of the Adidas Forum edition sneakers Home Alone and a frame from the original film in which Kevin wears them.