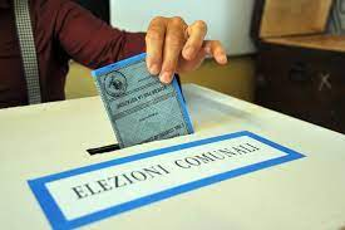 Flow analysis of the Cattaneo Institute in Monza, Alessandria, Parma and Catanzaro. Center-right hit by abstention: in Catanzaro half of Donato’s votes in the first round disappeared in the second. The center-left awarded thanks to candidates capable of expanding by gathering transversal consensus.

The center-right electorate suffers more consistent losses towards non-voting than those of the center-left. A notable part of those who voted for M5s in the 2019 European elections are lost in non-voting. And in the South more frequent is the passage of the field from the center-right to the center-left. These are some indications of the analysis of the Cattaneo Institute on yesterday’s ballots entitled ‘How the’ campo largo ‘won the ballots in the largest cities’.


Four cities were examined for the vote: Monza, Alessandria, Parma and Catanzaro. There are two reasons for the center-left’s victory. The first is that “the (most evident) successes of the center-left seem to be determined by the fact that in various medium-large cities the various components of that area have managed to converge on candidates capable, in turn, of gathering transversal consensus” . The second is that “the center-right has split, focusing in some cases on candidates who are too ‘identitarian’ (as in Verona) in others without a clear political identity (as in Catanzaro)”.

Hence also the greater abstention among center-right voters. “In Monza the turnout fell by about ten percentage points (from 46.6% to 36.8%). Between the first and second rounds, the hierarchies among the candidates were also overturned”: the center-right was ahead but the candidate Allevi he lost “more than 3,000 votes” on the street. Same trend in Alexandria where the center-right candidate (who was outgoing mayor) lost some votes compared to the first round. While the center-left candidate has increased his electoral base. Also in the Piedmontese municipality, as in Monza, there has therefore been a reversal of the situation compared to the first round.

If in Parma the positive trend for the center-left is confirmed in the second round, Catanzaro is among the municipalities where a ‘reversal’ has occurred. Here “the decline in turnout was very marked, equal to about 23 percentage points (from 65.9% to 42.3%). Despite this overall decrease in participation, Fiorita, the center-left candidate, managed to increase own votes (which went from 14,966 to 17,823), while Donato, exponent of the center-right, saw a drastic decrease in votes (from 20,768 to 12,778). Thus, Fiorita, who in the first round had more than 12 percentage points of disadvantage (44.0% vs. 31.7%), comfortably won (58.2%) the ballot “.

Going on the analysis of flows, these are the indications of the Cattaneo Institute. In Monza both poles gave up votes to abstention but for the center-right the loss was more substantial. In Alexandria the picture is quite clear: the center-right suffered greater losses towards non-voting than those of the center-left and the center-left exercised a stronger attraction on the substantial electoral basin of Barosini, the ‘civic’ who in the first round had obtained the 14.6%.

In Parma the losses towards non-voting of the two main candidates were less substantial than in other cities (and, from this point of view, Guerra’s performance was better – according to estimates he would have lost 13% of his votes, while Vignali would have lost 24%). Vignali would have confiscated a substantial share (62%) of the votes of the candidate of the Brothers of Italy, but this was not enough to allow any comeback, as it proved much more attractive to the voters of the minor candidates.

As regards Catanzaro, it is interesting to note that, while Donato’s original electoral basin suffered a very heavy loss towards non-voting (the estimates say that half of his votes in the first round, in the run-off have disappeared), the electoral basin of the Brothers of Italy candidate was ‘loyal’ to the center-right to a greater extent (62% of those who voted for Wanda Ferro in the first round then chose Donato in the second).

Fiorita had very limited losses towards non-voting and managed to largely win the challenge of conquering the electoral basin of the outsider Talerico (who had 13.1% in the first round): most of the voters of this ‘civic’ candidate then abstained from the ballot, but among those who went to the vote, the preferences went to Fiorita.