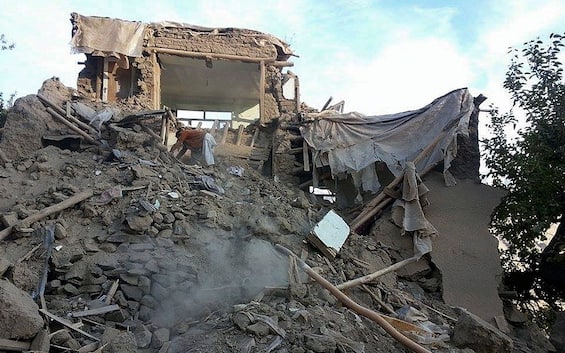 At least 6 people were killed and another 9 injured in eastern Afghanistan, as a result of a 5.3 magnitude earthquake (according to the report of the American geosismic institute Usgs) which struck in the middle of the night, at 02.30 local time (the midnight Italian). This was announced by the Deputy Minister of Emergencies and Disasters of the Taliban regime, Sharafuddin Muslim.

The epicenter of the earthquake was recorded 38 kilometers north-east of the city of Jalalabad, the capital of the neighboring province of Nangarhar. The quake was felt in the provinces of Kabul, Laghman, Kunar and Nangarhar. The victims are all in the province of Kunar, near the border with Pakistan. “The quake was recorded in the Mazar Dara area, in the Norgal district,” Ehsan told reporters, adding that dozens of houses were destroyed in the mountainous province and announcing that an investigation was launched to determine the exact figure. loss of life and property damage. On June 22, another earthquake caused more than 1,000 deaths and more than 3,000 injuries, mainly in the eastern part of Paktika and in the nearby Khost provinces.