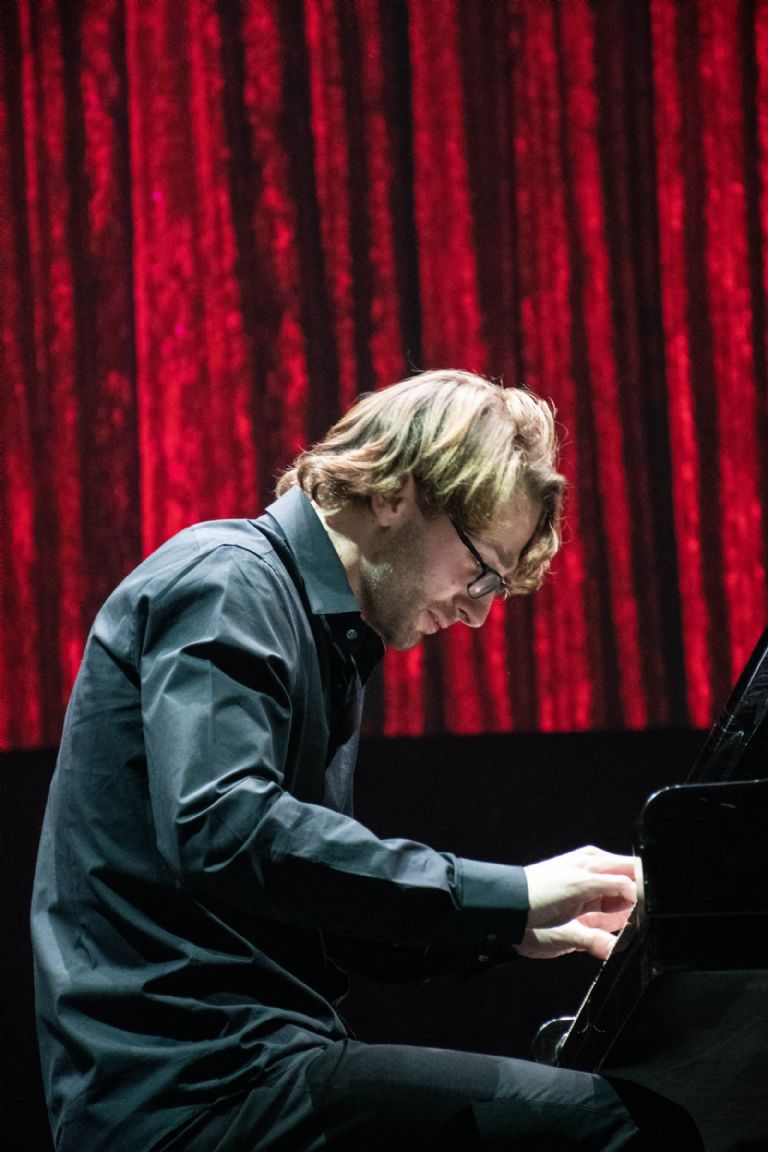 Planted in the middle of the stage Movistar Arenaa Joan Manuel Serrat of 78 years, pure smile and few traces of his old hair, directs the microphone to the public and the miracle occurs. It doesn’t matter which part of Lucyof songsof Penelopeof Your name tastes like grass to me the troubadour asks for the participation of his unconditional fans, the huge pavilion is filled with voices singing the Catalan hits, which are the soundtrack of their lives.

In 1969, before the elections that brought the government to Salvador Allende, Serrat already filled the Municipal theater with his musicalization of the poems of Antonio Machado. Since then, their presences and absences marked generations of Chileans. He came back during People’s Unityhe was prevented from entering the final act of No in 1988, he filled stadiums in the return to democracy, and he presented almost all his albums in Santiago since then.

The public (from twentysomethings to contemporaries of the singer) filled the space early and received the young national pianist with great attention. Benjamin Pedemonte. It was an excellent choice: the maestro was not preceded by a young voice but by an instrumentalist who reeled off recognizable themes, from Thanks to life until the moving Catalan rumba of the protagonist of the night The Ghosts of the Roxy.

A standing ovation greeted the Minister Secretary General of Government Camila Vallejowho was on the younger side of the public, and who recorded moments of the most emblematic songs and later spread them on their networks, as one more fan.

As if it were a declaration of principles, the concert with which the troubadour said goodbye began strongly, with a call to joy: give it give it. His well-oiled group of seven musicians included his veteran squires Ricard Miralles Y Joseph Moreon piano and keyboards, together with young Catalan instrumentalists on guitar, bass, drums, wind instruments and viola.

Taking hits from all his eras, the maestro seemed to have selected a review of his life in songs with a sense of autobiography. My childhood, Romance of Curro el Palmo, Lady, Lucia, Today for youand in the middle of the mature love song I do nothing but think of yougracefully introduced his musicians. 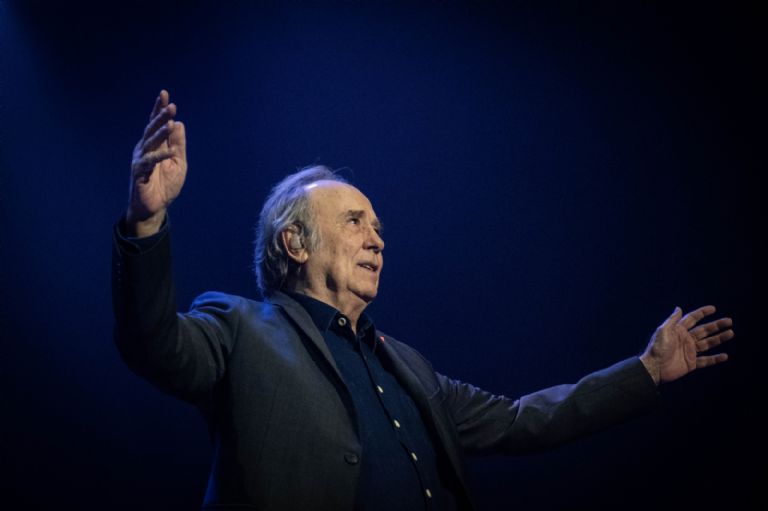 Those of us who remember concerts by Serrat in the last century we know that then his voice, his melodic gift, the fine poetry of his lyrics and the rich arrangements filled everything. Now it includes projections, and each one makes you laugh, moves you, completes the meaning of the song, adds a dimension of art.

with the tremendous for freedomon verses of Miguel Hernandezwere murals of banksy; with Today could be a great dayfunny Giocondas with nods to strange new hairstyles, feminist poses, windblown locks and even a T-shirt from the club of his loves, the Barca. 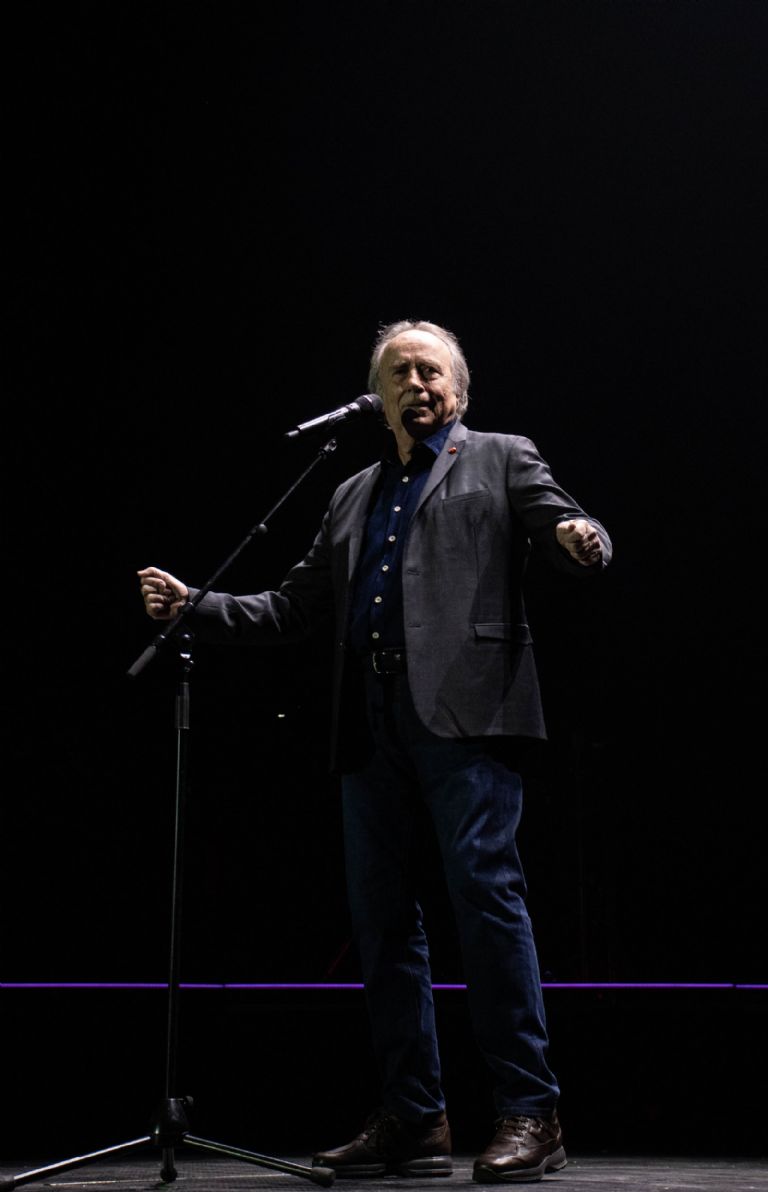 And with his most enduring anthem, Mediterraneanthe waves that lap the beach on the screen left traces of a tribute to Paco de Lucia and a denunciation of pollution and the drama of immigrants in small boats.

The screen was also used for the subtitles in Spanish of his inevitable songs in Catalan, such as stop Y in the morning dewwhose letter before recited translated. 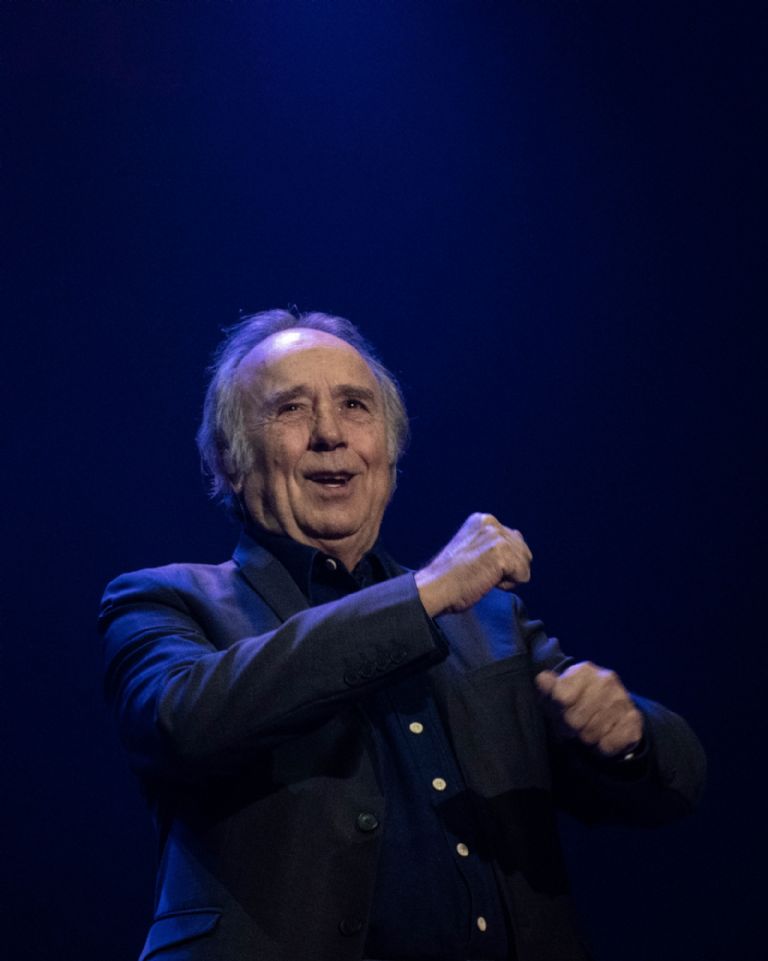 After two hours of work, his voice seemed fresher than in his last appearances, as if the farewell tour took years, or responsibility, or a weight off him. She sang the delicious love ballad in duet chance is capricious with the amazing soprano voice of the violist Ursula Amargosand gave his Chilean public a delicate, minimalist version of the classic Violeta Parra Thanks to life.

For the end and the encores, beloved songs that the public sang in tune, before the pleased smile of the author of so much collective memory: Penelope, Those Crazy Shorties and for the end, Party.

“It’s over, the sun tells us that the end has come…”, sang the musician who was always there. The “Noooo!” of the public never felt so real, but at the same time, shouted with the joy that Serrat asked for at the beginning, so that the farewell would not be sad.

See you always, teacher. You deserve this break in the fall. But it will be so strange not to know that another visit will not come, that there will never be another recital of Joan Manuel Serrat… 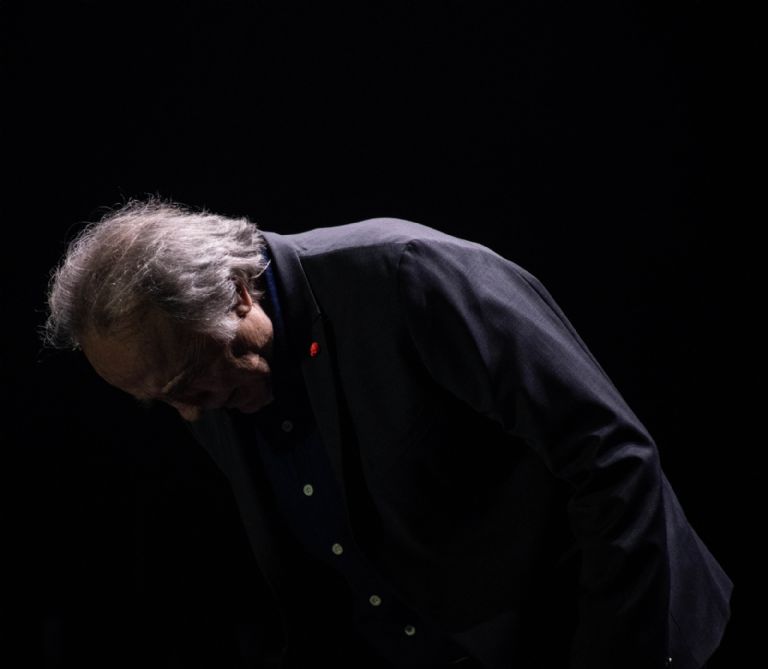 with photos of Arturo Ledezma 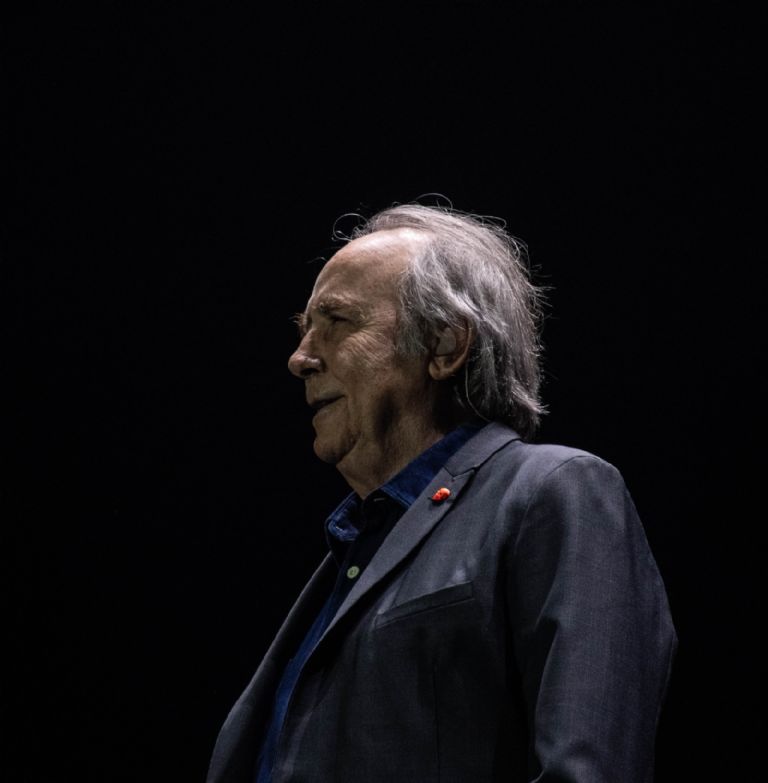 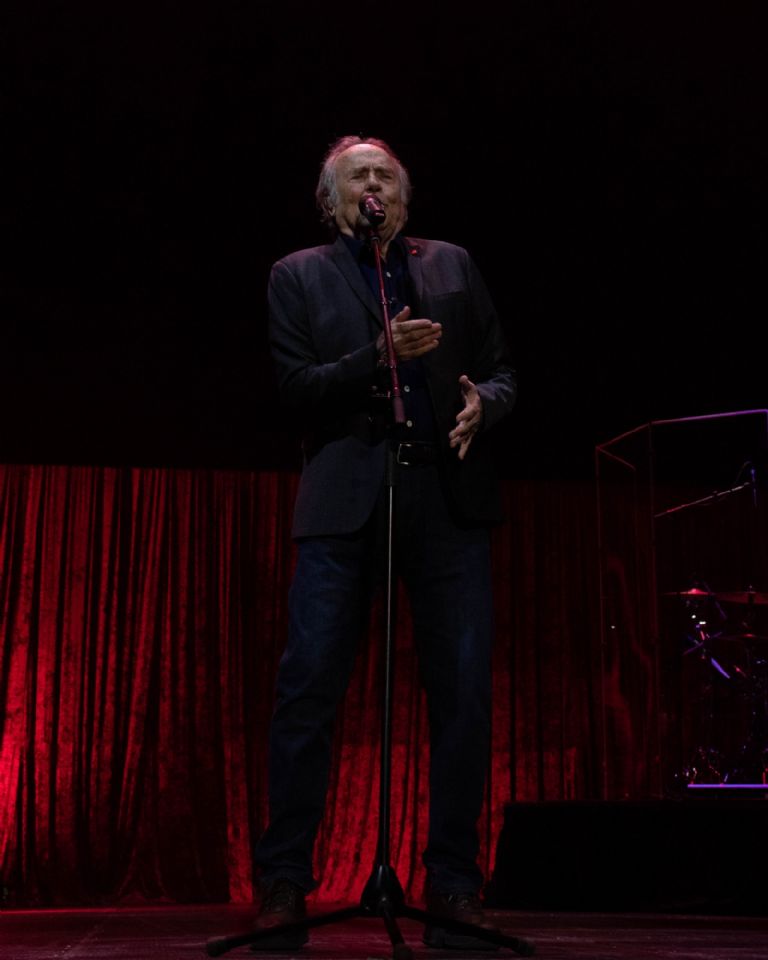 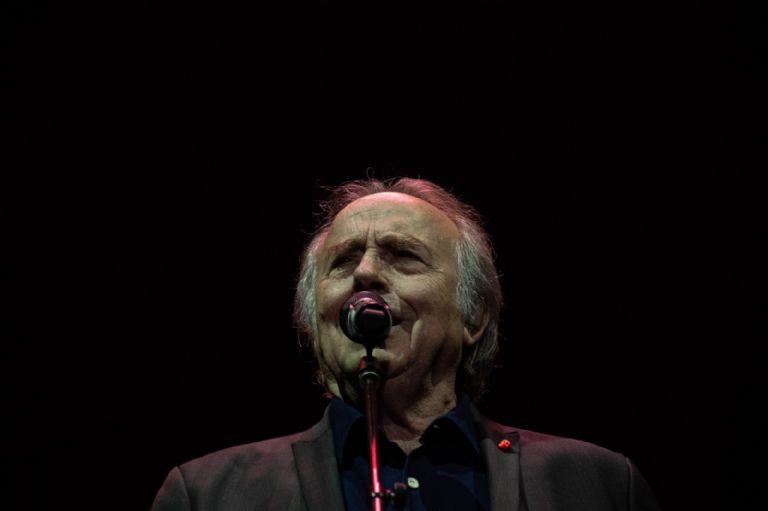 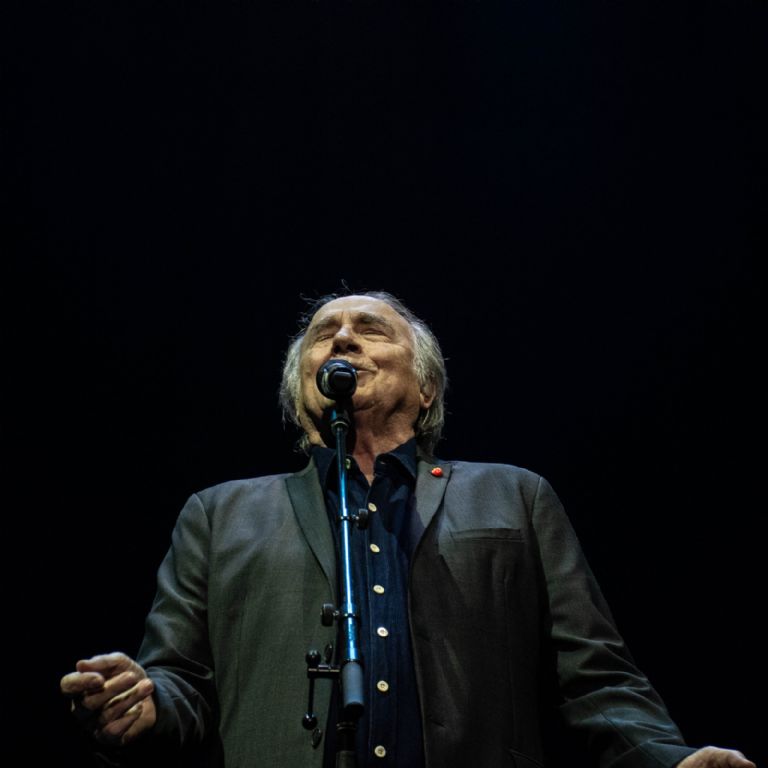 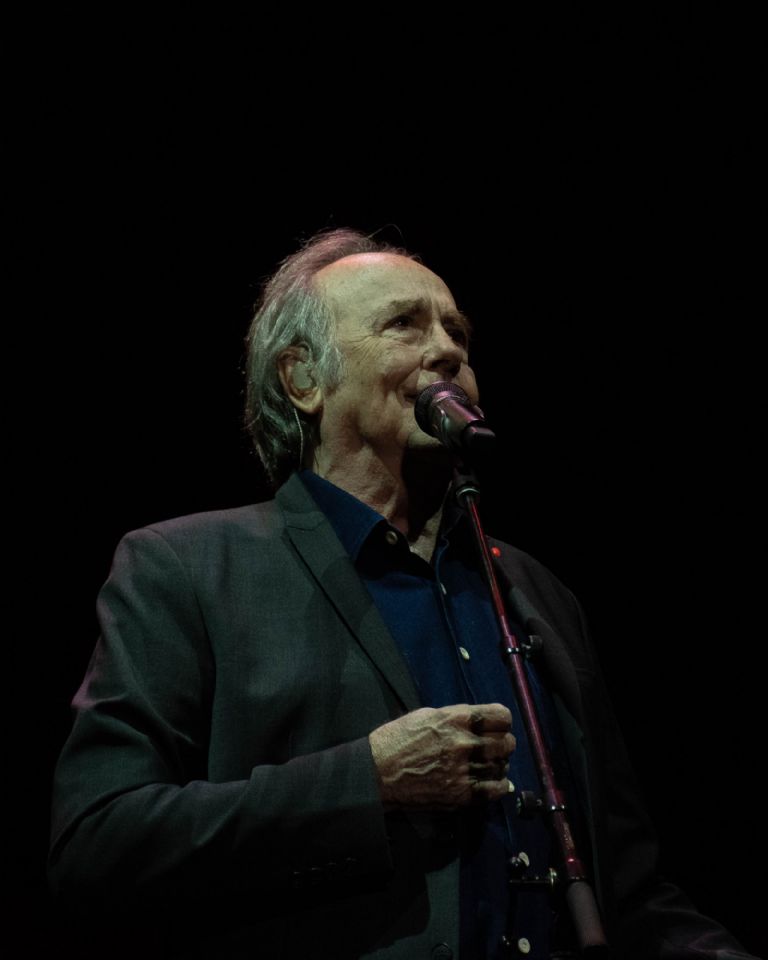 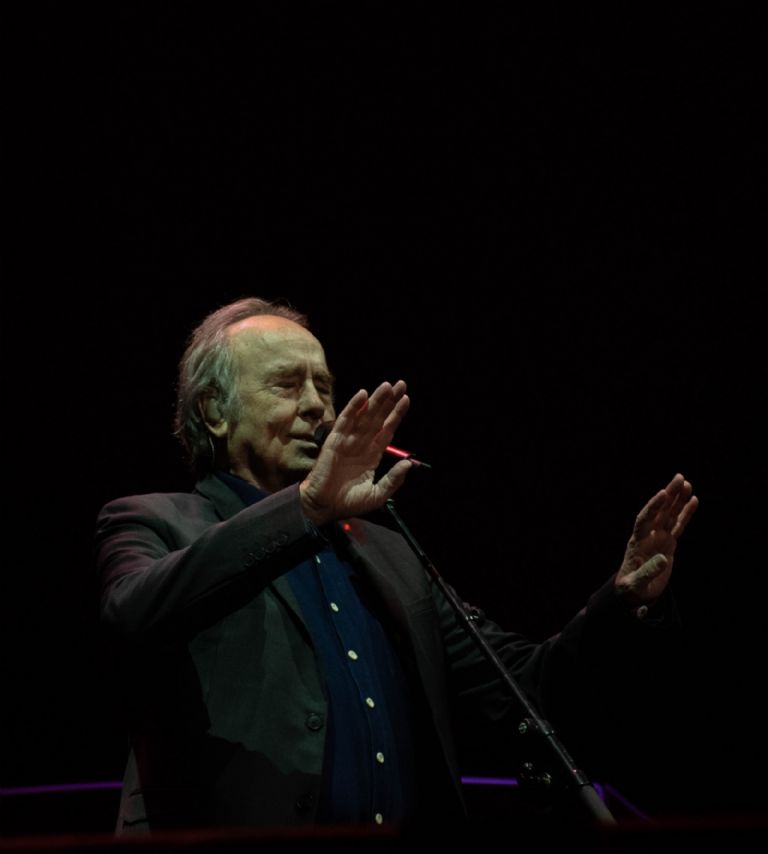 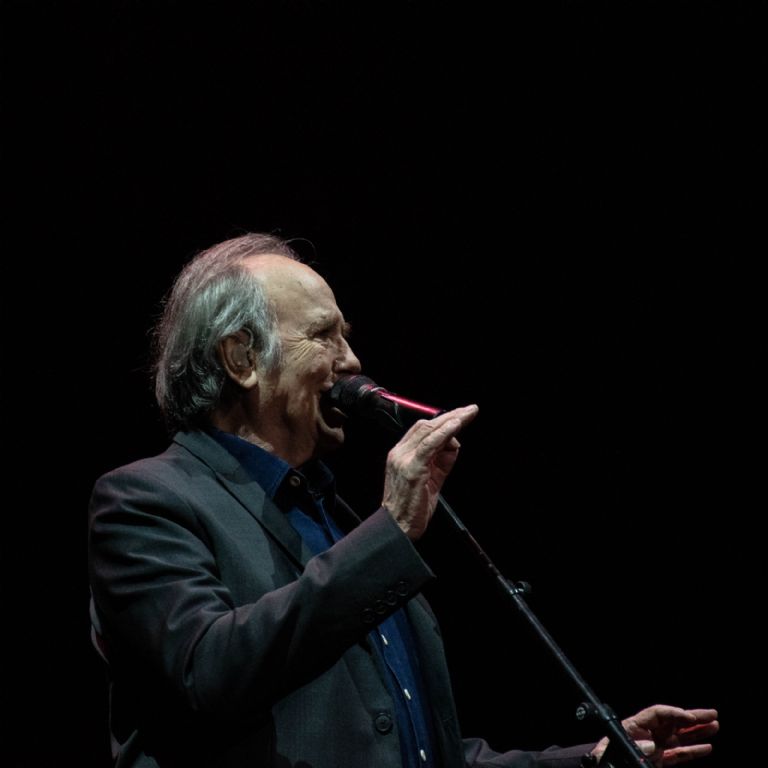 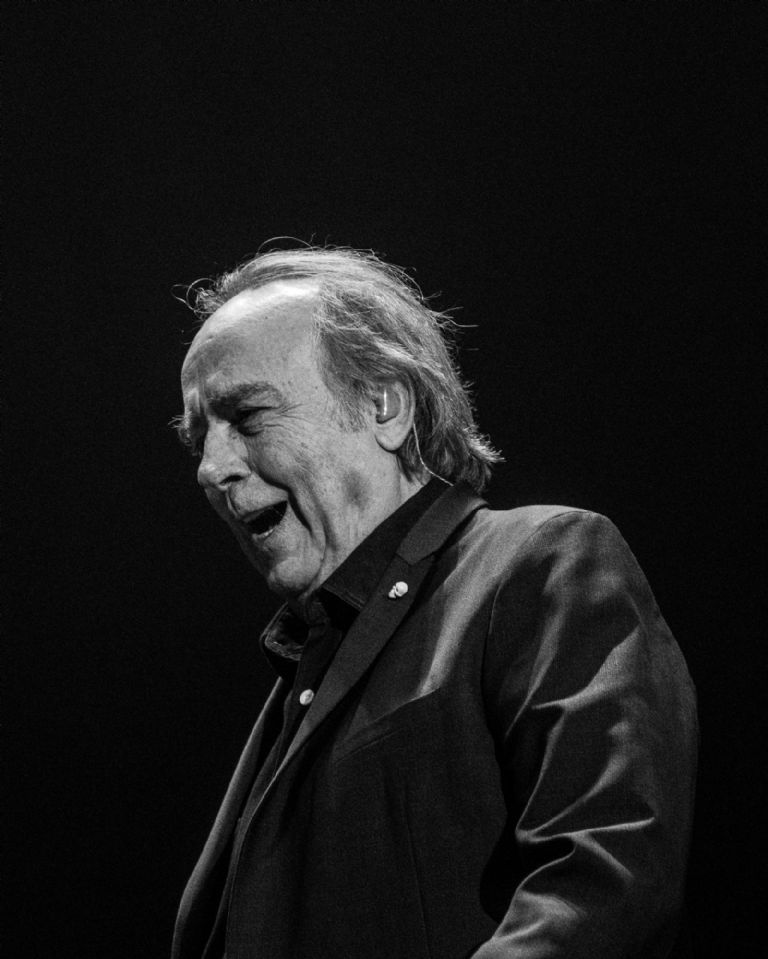 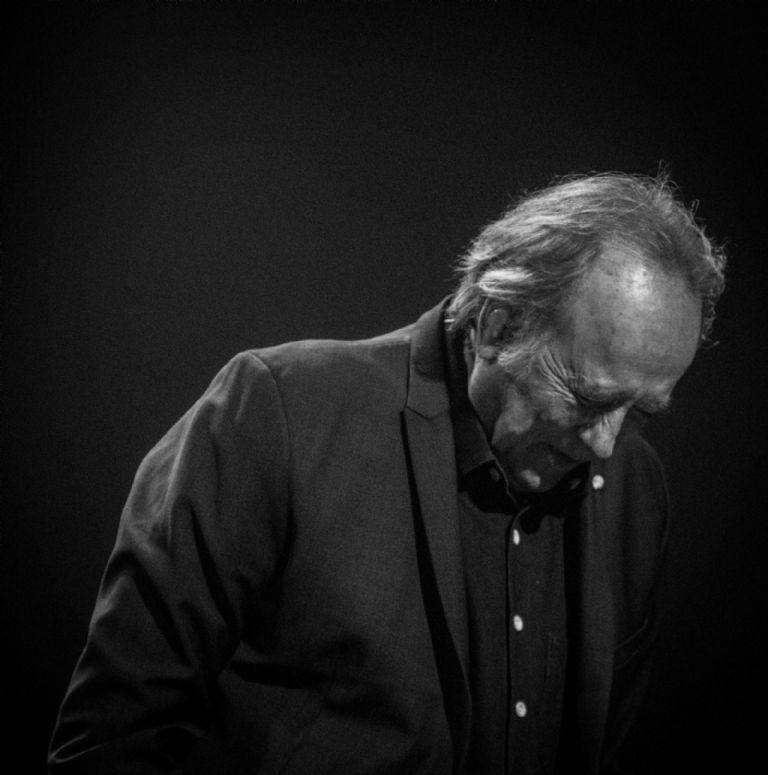