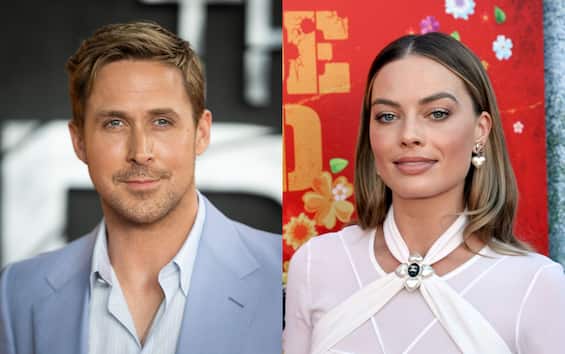 Never change a winning team. This seems to be the leitmotif of Warner Bros. for its next projects. The production house, also thanks to the great media echo resulting from the first images of the film about Barbie, seems to be willing to confirm the couple made up of Ryan Gosling And Margot Robbie also for the new film by Ocean’s Eleven, which is expected to go into production in the coming months. The indiscretion was relaunched by three different leading newspapers in America with regard to cinema: The Hollywood Reporter, Deadline, Variety. For the moment there have been neither confirmations nor denials, which suggests that perhaps there is something true in all of this.

Gosling and Robbie, from Barbie And Ocean’s Eleven

Retired as Barbie and Ken a few days ago, Margot Robbie and Ryan Gosling could begin filming Ocean’s Eleven already in a few weeks. The set of the most anticipated film of 2023, in fact, closed just a few days ago and according to rumors, Gosling is in talks. In fact, if in Ocean’s Eleven the presence of Margot Robbie is now certain, that of Ryan Gosling is still in doubt. The negotiations would still be at an advanced level and there is a good chance that the couple can be recomposed. The fans, of course, hope so. From the first images leaked from the set of Barbie the two seem very united but we will have to wait a few more months before we can see the film in theaters and evaluate the harmony of the two. The hypothesis of recomposing the couple in Ocean’s Eleven it is obviously suggestive, even if they are two completely different productions, both in style and in plot. To understand if the two will manage to immerse themselves perfectly even in these new roles, all that remains is to wait on the one hand for the confirmation of the actor and on the other for the distribution of the film, which will reasonably not take place before 2024.

All that so far is known about Ocean’s Eleven

The history of the new Ocean’s Eleven, reboot and prequel of the hit film with George Clooney and Brad Pitt, will be set in the sixties, in Europe. For the moment, as this is a project still in its infancy, the plot has not yet been disclosed. He was called upon to direct the product Jay Roach while a young rookie was hired for the screenplay, Carrie Solomon. Ocean’s Eleven made its fortune as the first episode of the hit saga directed by Steven Soderbergh. In reality, Ocean’s Eleven is in turn the reboot of another great success, Big shota 1960 film. In this new project, Margot Robbie will not only be the protagonist in front of the camera but will also play the role of executive producer under the name of LuckyChap Entertainment, which she herself helped to found a few years ago.