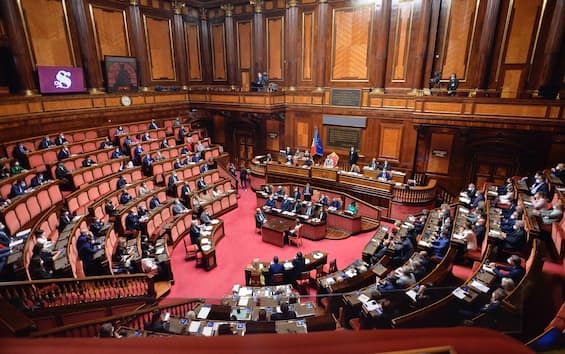 Changes for the Chamber and Senate in view of the next sessions of the Chamber. The 19th legislature in fact starts with the reduction of one third of parliamentarians

We have date, time and work in progress for the arrival of the new parliamentarians. Because next October 13, at 10 am, when there will be the first session of the Chamber and the official start of the 19th legislature, there will be far fewer sessions in the physical sense, or benches in the two branches of parliament. the referendum cut in the number of deputies and senators is in fact also felt in terms of logistics. And here is a crowd of workers and surveyors at work to eliminate microphones and buttons for voting, positions in the last and first row in the hemicycle, but also to make the globe room as welcoming as possible, where the newly elected will be welcomed already from next Monday for administrative formalities. 400 deputies in place of the previous 630 and 200 senators instead of 315 predecessors. (AFTER THE VOTE. THE SPECIAL – LIVE UPDATES)

Agenda of the first session

The first session in the Chamber will have as its agenda the establishment of the provisional office of the Presidency, the establishment of the provisional elections council and the proclamation of substitute deputies. The first vote for the election of the new president will then be held. According to the regulation, the national coordinator of Italia Viva, Ettore Rosato, presides over the session, as he is the oldest vice-president of the Chamber by election among those of the previous legislature. As for the Senate, the most senior member must preside over the assembly. The name would be that of Giorgio Napolitano, but considering his state of health, the task could be up to Senator Liliana Segre.

Once the presidents have been elected, they will be convened, together with group leaders and party leaders, by the head of state, for the start of consultations. At the end of which the office will be conferred on the Prime Minister.