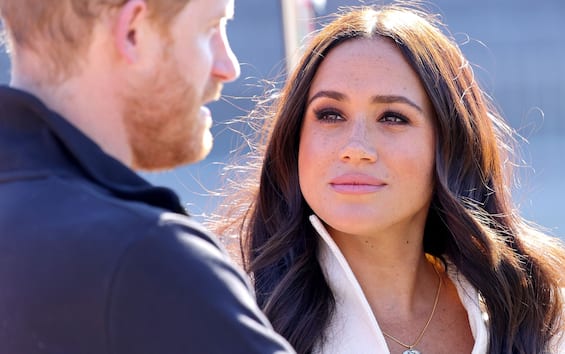 LONDON – They say they are “more in love than ever”, with Prince Harry declaring he “won the lottery” by marrying Meghan. So in love that the Duke and Duchess of Sussex would have decided to renew their promise made for the first time in St George’s Chapel, Windsor, in 2018. This time they will do so in the United States, where they moved to live in 2020 .

“They are so proud of what they have achieved together,” a friend of the couple told Heat magazine who vowed that, despite all the commitments made (various appearances and a docuseries), the dukes really want to take this step. Indeed, they would be “super excited” at the idea of ​​doing so, with all due respect to those who see this initiative as just another way of getting people talked about. However, it is unlikely that it will happen before returning to his native land to participate in humanitarian events.

A new journey to the UK

The couple will be in Manchester on September 5th, to attend the “Manchester for the One Young World Summit” and before taking part in the “WellChild Awards” in London on September 8th. Harry would therefore have overcome the concerns related to the safety of him and his family in the United Kingdom, which represented one of the (many) reasons for tension with the Royal Family (with his father Charles and his brother William in particular).

The September trip will in fact be the first to the United Kingdom after the dukes’ brief participation in the celebrations for the platinum jubilee of Queen Elizabeth II at the beginning of last June and will fall a few days after the 25th anniversary of the death of Princess Diana, mother of Harry.