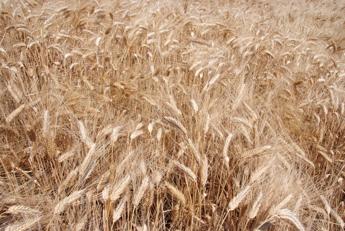 The point of Unione Italiana Food and Areté: prices will remain hostage to volatility due to low levels of stocks, military conflicts, adverse weather conditions, expensive energy, strengthening of the dollar.

The schizophrenia of the agrifood markets does not stop, whose unprecedented volatility continues to be fueled by military conflicts, adverse climatic conditions, expensive energy, strengthening of the dollar. And if 2022 is the year of the perfect storm for agro-industrial markets, after a 2021 already characterized by significant volatility phenomena, in 2023 the scenario will not change as prices will remain hostage to volatility due to low inventory levels. This is what emerges from Commodity Agricole, an annual event organized by the Unione Italiana Food and Areté – The Agri-food Intelligence Company, which has been a reference point for the supply chain for 12 years.


“Last year the watchword was spillover / contagion – comments Mauro Bruni, president of Areté – for the ability of the markets to influence each other on the upside, but this year the word that is heard most is differentiation, for commodities, by groups of commodities and, in some cases, by geographical areas “. “There is therefore no respite for those who operate on the agrifood markets and, – Bruni points out – the markets will find it difficult also in 2023 to replenish adequate levels of stocks, a condition that would help to contain price volatility”.

For cereals such as maize, soft wheat, durum wheat, rice, the erosion of stocks continues, exacerbated by climatic emergencies (severe drought, alternating with excessive rainfall), the Russia-Ukraine conflict, the explosion of production costs and the devaluation of the euro. The onset of a recession could trigger a contraction in prices, but prices that would still remain hostage to volatility due to low inventory levels.

Vegetable Seeds and Oils (palm, soy, sunflower, olive, rapeseed, coconut). Climate emergencies, mostly linked to severe drought episodes, have caused significant reductions in production. The outbreak of the war between Russia and Ukraine, which caused an immediate shortage on the sunflower oil market, has extended the price tensions to the entire sector due to the substitution effect. The increases also exceeded + 300% for some vegetable oils, primarily palm and sunflower, also supported by the shortage of manpower in important producing countries, linked to anti-covid restrictions.

Uneven market dynamics for colonial commodities from sugar to coffee to cocoa. Low sugar and coffee stocks support prices; On the other hand, high stocks of cocoa acted as a buffer for prices. For sugar, the state of price tension continues in Europe and Italy, despite the fact that international markets are more favorable to a containment of prices. The prices in Italy are confirmed at all-time highs.

On coffee, the serious production difficulties that in 2021/22 had pushed prices by over 180%, seem to have been overcome. However, the market is struggling to replenish adequate inventory levels. For cocoa, on the other hand, the bullish ideas multiply.

As for products of animal origin such as milk and derivatives and eggs, prices are in tension due to the transmission effect of feed and energy. In this context, producers increase slaughtering, yields decrease, comebacks decrease, resulting in a general lower production, aggravated by adverse avian and weather phenomena.

In contrast to the generalized trend of low prices for dried fruit which was due to a mix of endogenous factors, such as the general high stocks which contained the effects of lower productions. However, the theme of diversification between raw materials, markets and geographical areas also applies to dried fruit. This is the case of the Italian hazelnut or the Iranian pistachios which, affected to a greater extent by the disappointing harvests, have reached historical price highs. Finally the legumes. And finally the legumes. After the disastrous harvests of 2021, 2022 saw production improvements which, however, struggle to remove volatility from the markets, where strong diversifications by variety / area / market remain.