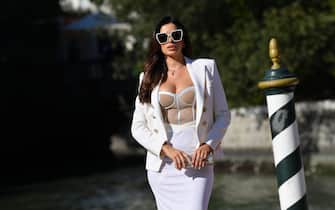 WATCH THE VIDEO: Aida Yespica, 5 curiosities about her

Birthdays 2022, the celebrities who will celebrate a special birthday

Aida Yespica, the sexy photos of the model

Success for Aida arrives in Italy, also thanks to the numerous covers and unveiled calendars

Laura Chiatti turns 40, her 5 films to be reviewed

Over the years she has been a model and testimonial for numerous brands, including Oxydo sunglasses and eyeglasses and the jewelry line produced by Zancan.

In the autumn of 2004 she became one of the contestants of the second edition of The island of the famous, conducted by Simona Ventura on Rai 2, where she was the protagonist of the now famous physical confrontation with Antonella Elia. Here she also had a relationship with Francesco Facchinetti

Antonella Elia, the most beautiful photos of the showgirl

Many TV participations: in the early 2000s she was the top showgirl of the Canale 5 variety Pies in the face produced by the Bagaglino Company. Together with Melita Toniolo and Belén Rodríguez she was one of the correspondents and co-hosts of Wick on Italy 1

Aida has also worked as an actress, especially in some comedies such as Christmas on a cruise of 2007

After almost 5 years of absence from TV, in 2017 she was chosen as a competitor in the second edition of Big Brother VIP

As for her private life, she was engaged from 2007 to 2009 with the footballer Matteo Ferrari, with whom she had their son Aron in 2008. Shortly after the birth of her son, she suffered from postpartum depression, which forced her to put her career on hold.

In July 2012 she married in Las Vegas to Leonardo Gonzales, a Venezuelan lawyer: a marriage ended in February 2013

In 2020, she revealed that she was engaged to a famous woman, but did not reveal her identity