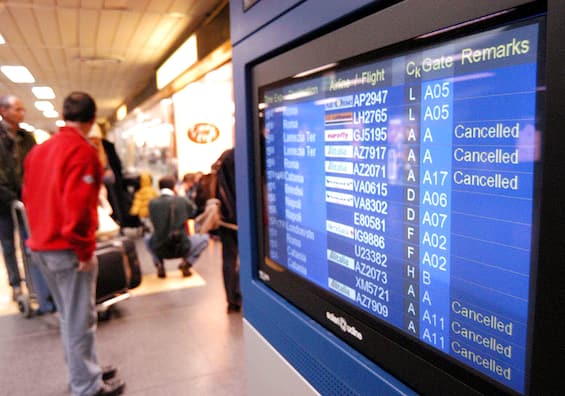 It will be a difficult start to the week for those who will have to travel by plane, due to the general strike called by Cub transport which has been joined by various trade unions. Dozens of flights at risk of cancellation

The Cub Transport airport staff union called a 24-hour general strike starting at midnight on Monday 12 September. At the basis of the protest, the increase in the cost of living, precarious work and the introduction of three unpaid days of work more per year (incremental hours), problems that in this period are weighing on all workers but airport staff adds to two years of crisis due to the pandemic.

Following the strike, Ita Airways announced that some changes to the flight operations could occur. Those who bought an Ita Airways ticket to travel on September 12, in the event of cancellation or modification of the time of their flight, can change their booking without penalty, or request a refund of the ticket until September 19, 2022. However, this is only possible if the flight has been canceled or delayed for more than 5 hours. The company has declared that it has activated an extraordinary plan to limit the inconvenience of passengers, rebooking on the first available flights as many travelers as possible involved in cancellations: according to Ita data, 43% of passengers will be able to fly on the same day of the September 12. In any case, all travelers who have purchased a strike day ticket are advised to check their flight status online before going to the airport.

“Prices increase by 10% while paychecks are still in 2017, the calculation of nights, holidays, overtime is done on the basis of 2010 wages, workloads increase while hires are made only with precarious contracts “, says Antonio Amoroso, Cub Trasporti national secretary. To the words of Amoroso are added those of Renzo Canavesi of Cub Trasporti in Malpensa, from where the trade union demonstration will start on Monday: “The shifts – comments Canavesi – are increasingly exasperating. The risks of contagion for the pandemic related to contact with passengers they have unloaded on the workers an infinite series of activities in addition to the traditional ones linked to the pertinent tasks with often physical attacks on the operators, forced to work understaffed in a very difficult climate “.