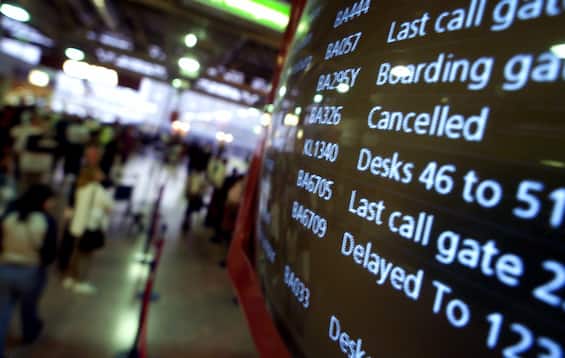 Immediately after Vladimir Putin’s message to the nation, in which the Russian leader announced the partial mobilization (WHAT DOES IT MEAN) for the war against Ukraine and the recall of 300,000 reservists, the tickets for today’s flights from Moscow in direction Yerevan and Istanbul (among the few destinations with direct flight). This was reported by the “Moscow Times” citing the data of the main site for the purchase of airline tickets, namely aviasales.ru. At noon, it is explained, on the site it was no longer possible to buy tickets for flights departing from Moscow and destined for Azerbaijan, Kazakhstan, Uzbekistan and Kyrgyzstan. (RUSSIA-UKRAINE WAR: LIVE NEWS)

Fear among Russians in the military age

The concern for the general mobilization and the consequent closure of the borders would therefore seem to represent a palpable fear among the Russians now that Putin has taken the first step, especially with regard to men between the ages of 18 and 65. The Russian railways and the airline Aeroflot, among other things, said they have “not yet” received orders to block the sale of tickets to men of military age. And a Telegram channel, which collects the testimonies of Russian citizens who cross borders, has reported isolated reports of guards who do not allow men of military age to pass. Already last night, among other things, when Putin’s speech was announced, the question “how to leave Russia?” it was the number one search on Google by the Russians.