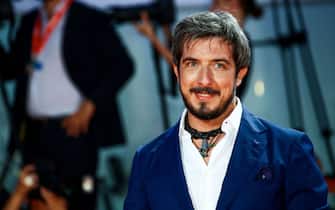 Paolo Ruffini is Diego Gardini, rich and arrogant entrepreneur, whose wine company produces, according to him, the best vintage in the world. On Christmas day, while at the airport, he is recognized by two cleaners (Sabino and Ivano), who ask him for a selfie

Airplane mode: all about the film by Fausto Brizzi

Lillo is Ivano. Gardini reacts badly to the request and threatens the two attendants to get them fired, only to leave the toilet, however, forgetting his cell phone. Thus, Sabino and Ivano take the phone to shop online and write inappropriate messages

WATCH THE VIDEO: 5 curiosities about Lillo and Greg

With the entrepreneur’s phone, the two attendants even get to know Sabrina Salerno, with whom they spend Christmas

Sabrina Salerno, here are the films played by the Italian singer

By posting the videos online, they unleash the wrath of Maria (Gardini’s wife, played by Caterina Guzzanti), who decides to kick her husband out of the house because she believed him at work

Luca Vecchi is Lorenzo, Diego Gardini’s cousin. The entrepreneur turns to him when he discovers that his phone has been stolen, but his cousin will betray him by forcing him to unexpectedly ally Sabino and Ivano.

Christian Monaldi is Luca Gardini, son of Diego and Maria: Ivano and Sebino make friends with him, who will try to bring the child closer to his father after the separation of his parents

Violante Placido is Linda, the hostess Diego falls in love with

Violante Placido: the most beautiful photos of the actress