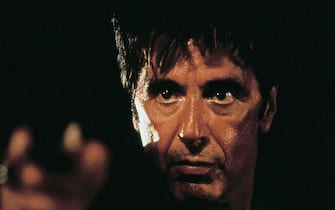 Al Pacino was born on April 25, 1940. At 82 he is considered one of the greatest actors in the history of cinema, a true Hollywood legend. With nine Oscar nominations he is among the most nominated performers of all time. (In Heat-The Challenge. Photo: Webphoto)

The best films of Al Pacino

Growing up in the Bronx, at 17 he left school and left home. He attended numerous acting schools before being admitted, in his early thirties, to the prestigious Actors Studios (In The Devil’s Advocate. Photo: WebPhoto)

The actor’s film career begins with the film “Me, Natalie”, in 1969, but it is thanks to his interpretation in “Panic in Needle Park”, two years later, that he makes himself known by director Francis Ford Coppola. (Panic in Needle Park. Credit: WebPhoto)

It is Coppola who wanted him in the blockbuster film The Godfather, in 1972. For the part of Michael Corleone, established actors such as Jack Nicholson and Warren Beatty were considered, but the director chose the unknown Al Pacino, despite the contrary opinion of the producers ( In The Godfather. Photo: WebPhoto)

Scarface, the location of the chainsaw scene is now a pharmacy

Al Pacino appears in all three films in the Francis Ford Coppola trilogy. By playing him in the first chapter of the saga he earns his first Oscar nomination as a supporting actor. The Godfather – Part II, however, earned him the nomination for Best Actor: it is the third in three years. (In The Godfather Part II. WebPhoto Photos)

House of Gucci, the new trailer of the biopic with Lady Gaga and Al Pacino

In The Godfather the actor gives the first proof of his acting method, described by Halliwell’s Film Guide as “intense and profound”. (In The Godfather – Part III. Photo. Webphoto)

House of Gucci, the photo of Al Pacino on the set

The second Oscar nomination, first as a leading actor, Pacino obtained in 1973 for the interpretation of the policeman Frank in Serpico. (In Serpico. Photo Webphoto)

The 70s for the actor are the period of great successes. In 1975 Al gained further fame thanks to the role of the robber Sonny in Dog Day Afternoon which earned him his fourth Oscar nomination. (In Dog Day Afternoon. Photo: WebPhoto)

In 1977, now a star, he played the role of an automobile driver in Sydney Pollack’s film: One Moment, One Life. (In the film One moment, one life. Photo: WebPhoto)

Some interpretations, at the beginning of the eighties, mark a descending parable for the actor. In 1983, however, one of Pacino’s most demanding and famous roles arrives, drug trafficker Tony Montana in Scarface. (In Scarface. Photo: Webphoto)

The nineties marked a decade of numerous achievements, including, after so many nominations, the victory of the Oscar. In 1990 the actor is in Dick Tracy with which he gets another nomination for Best Supporting Actor. (In Dick Tracy. Photo: Webphoto)

The following year he is on the set of Paura d’Amare with Michelle Pfeiffer, a film that achieves some success. (In Fear of Love. Photo: WebPhoto)

1992 marks the consecration of Pacino among the greatest Hollywood actors thanks to the role of the blind lieutenant colonel Frank Slade in Profumo di Donna. (In Scent of a Woman. Photo: WebPhoto)

Also in 1992 Pacino starred in Americans with Jack Lemmon, Ed Harris and Alec Baldwin and obtained another nomination as a supporting actor becoming the first performer to receive two nominations in the same year for two different categories. (In American. Photo: WebPhoto)

Another role that has entered the history of Al Pacino’s film career is that of Carlito Brigante in Carlito’s Way, in which he plays alongside Sean Penn. (In Carlito’s Way. Photo: WebPhoto)

In 1994 he received the Golden Lion for Lifetime Achievement at the Venice International Film Festival, while the following year he was on the set with his friend / rival Robert De Niro in Michael Mann’s Heat – La Sfida. (In Heat – The Challenge. Photo: WebPhoto)

From the mid-90s he also began to give evidence to directing with the direction and interpretation in the documentary film Riccardo III – Un uomo, un re. (In Richard III – A man, a king. Photo: WebPhoto)

In the latter part of the twentieth century, then, Pacino mostly plays secondary roles but which have remained in the imagination of cinema. He is the gangster Benjamin “Lefty” Ruggiero in Donnie Brasco, with Johnny Depp. (In Donnie Brasco. Photo: WebPhoto)

With the 2000s Al Pacino is on the set of many important films, but also wins some nominations for the Razzie Awards as worst actor. (In Insider. Photo: WebPhoto)

In 2002 he was in Insomnia, with Robin Williams and Hillary Swank, directed by Christopher Nolan, which achieved some success. (In Insomnia. Photo: WebPhoto)

Same fate for the science fiction film S1m0ne, in which he plays a director in crisis who creates a hologram of a beautiful blonde woman who plays in his films. (In S1m0ne. Photo: WebPhoto)

In the same year he starred in the miniseries Angels in America, together with Meryl Streep. The TV series is a huge success and deals with strong themes such as AIDS. Pacino, in the role of Roy Cohn, wins an Emmy Award and a Golden Globe. (In A Day to Remember. Photo: WebPhoto)

Three years later, in 2010, with the role of Dr. Jack Kevorkian in You don’t know Jack, he won a Golden Globe for Best Actor, an Emmy Award and a Satellite Award. At the 68th International Conhematographic Art Exhibition in Venice he then obtained the Jaeger-LeCoultre Glory to the filmmaker award. (In Doctor Death. Photo: WebPhoto)

The following year he directed and played Wild Salome, presented in competition at the Venice Film Festival (In Wild Salomé. Photo: WebPhoto)

In 2013 he returned to TV in the biopic Phil Spector, about the record producer of the same name. In the film he stars with Helen Mirren and gets yet another Golden Globe nomination 2014. (In Phil Spector. Photo: WebPhoto)

With Anthony Hopkins, a few years later, Al Pacino starred in Conspiracy which, however, turns out to be a box office fiasco. (In Conspiracy. Photo: WebPhoto)

2019 is the turn of two films, both nominated for an Oscar as best film: The Irishman, by Martin Scorsese, and Once upon a time … in Hollywood, by Quentin Tarantino, which mark Al Pacino’s first collaboration with the two directors. With The Irishman, the actor also gets his ninth nomination at the Academy Awards. (In Once Upon a Time… in Hollywood. Photo: WebPhoto)