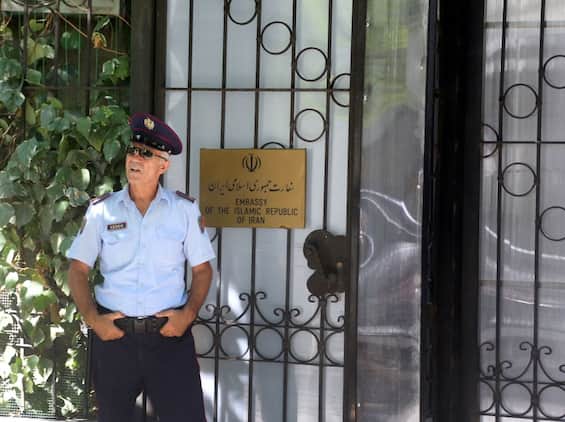 Tirana breaks with Tehran for a cyber attack: Iranian diplomats forced to leave “in 24 hours”; the Iranian embassy is barred. “Iran risk”, “the brawl with the ayatollahs”, “Teheran Spy”, headline Albanian TVs and websites. On Wednesday, Edi Rama’s government ordered all Iranian diplomatic staff to leave Albania and announced, with an official note, the breakdown of diplomatic relations with Tehran. The accusation is that Iran orchestrated the massive cyber attack that hit the country’s information systems on July 15. Rama stated that what happened “was not an intervention by organized cyber crime groups, but a state attack. And a thorough investigation brought to light unmistakable evidence that this attack was sponsored by Iran, engaging in the attack against Albania, four groups, including one of the most notorious of international cyber terrorism, author of previous attacks also against other countries, including Israel and Saudi Arabia ”.

“The cyber attack against Albanian institutions – added Rama – was an attempt to paralyze public services and hack data and electronic communications from government systems.” The attack, however, failed if that was its purpose. damage is minimal compared to the attacker’s objectives All systems are back fully operational and there has been no irreversible data deletion.

The US condemns the attack

It is the first time that a country has broken all relations with another state due to a cyber attack. Compounding this diplomatic shift is the fact that Albania has belonged to NATO since 2009, so the Biden administration was forced to intervene directly and use very harsh words. The United States has announced its intention to “take additional measures” against Iran after the cyber attack. This was stated in a statement by the spokesman for the National Security Council of the White House, Adrien Watson. “The United States strongly condemns Iran’s cyber attack on our NATO ally, Albania,” says Watson, who has no doubts in believing the Islamic Republic to be the author of an “irresponsible” attack that “creates a disturbing precedent. “.

Sergio Mattarella’s official visit to Albania has begun. The President of the Republic was welcomed at the headquarters of the Albanian Presidency by his counterpart, Bajram Begaj. At the end of the talks at the Palazzo delle Brigate, Mattarella and Begaj will make statements to the press.