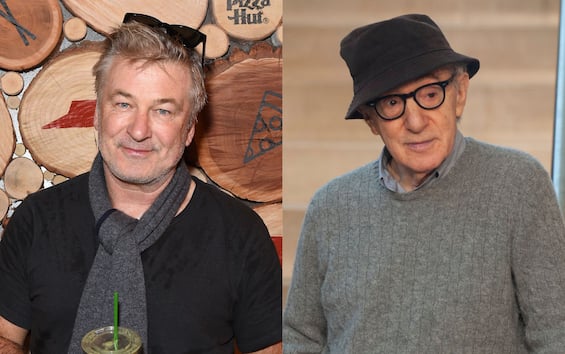 Alec Baldwin will interview Woody Allen on allegations of sexual abuse directed at the director by his adopted daughter, Dylan Farrow. To announce it was the actor himself: the event will take place Tuesday 28 at 10.30New York time, on Instagram.

Dylan Farrow claimed to have been sexually abused by Woody Allen when she was little. She had already done so in 1992, but the attention towards the story was rekindled after the release, in 2021, of the HBO docuseries. Allen v. Farrow, in which details of the accusations made by Dylan and her mother Mia Farrow are told. Many criticisms have also come to the same Alec Baldwin, which, however, on social media sent them back to the senders. “Let me start by saying that I have zero interest in the hypocritical judgments and posts expressed on this social network – wrote the actor accompanying a video – I have my beliefs and I couldn’t care less hearing someone else’s speculation. But I think people who believe that a trial should be conducted through an HBO documentary have problems. ”Woody Allen directed Alec Baldwin in Alice, To Rome with Love And Blue Jasmine: in the intentions of the actor, who therefore knows the famous filmmaker very well, there is probably the desire to offer the public another version of the story narrated in the documentary.

The HBO docuseries, Allen v. Farrow, by Kirby Dick and Amy Ziering, chronicles the allegation of sexual abuse made against Woody Allen in 1992 by his adopted daughter Dylan Farrow, who was seven years old at the time of the alleged abuse. In the documentary we see, in particular, a video of Dylan Farrow as a child while she claims to have suffered violence from the director. It was only with the explosion of the #metoo movement, however, that Woody Allen had to face the consequences and reactions of these accusations, both human and professional. Amazon Studios, for example, has canceled a four-film contract $ 68 million while the director’s most recent films have struggled to find distribution. Woody Allen called the documentary “ifilled with falsehoods“.