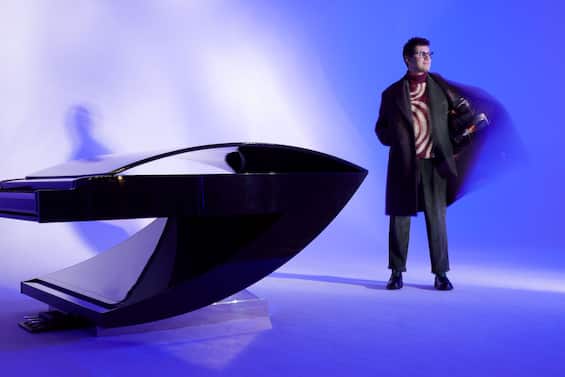 “I travel a lot, it is my lifeblood and the starting point of my creation, which is based precisely on my experiences in many parts of the world, sometimes even unknown, but which always give me new energy and a lot of inspiration. I started composing this new album during the pandemic, a period in which it was not possible to travel and which, consequently, made me take those sensations from the drawer of my mind, where I kept the experiences of the trips I made. I discovered a new way of composing, precisely because for the first time I found myself and the piano in a room. And the memory of my travels, from which I drew every moment”. Thus begins the story that Alessandro Martire makes of Wind of Geahis new album, born in the most difficult months of the Covid emergency which, however, prevented him from traveling only “physically”.

The importance of getting to know new places and different cultures

The need to get to know new places, but above all to interface with new cultures, has always been the starting point of each of his compositions: “I think it’s really necessary, for me it’s really vital and I can’t do without it. As is my music. This disc also pays homage to places I’ve known, visited and which have a value for me: I’m talking about Formentera, but also Vikôy, a village in the Norwegian fjords, which I visited and which enveloped me, and Kazakhstan, just to name a few. some. Each song on this album is linked to a place that struck me or a story that aroused an emotion in me”, adds Martire.

“Difficult to compose without first experiencing something”

“To create, I take all the time I need and if I haven’t lived in some places, it’s difficult to turn it into music and tell people about it. Equally important for me, to also associate video content, which for my creations are almost texts . Over the years I have had the good fortune to play in many magical places, from Lake Como to the Marbles of Carrara, as well as the spiers of the Duomo, spaces that have left me breathless. The next stop will be Champoluc, on December 27th, in in the middle of the snow. It will be beautiful. I like to create experiences with my concerts: it is an important moment, where every detail must be taken care of to perfection. An experience that I put on my record and I wish to those who come to listen to me”.

Alessandro Martire and his infinite nuances

Italian excellence abroad, Alessandro Martire is a skilful blend of contemporary classical, pop, minimalist and crossover music, which has allowed him to achieve a very personal style appreciated by the public, critics and major international brands that have chosen his music for commercials and soundtracks. His concert activity with original music has led him to perform all over the world, from the United Kingdom to the United States. His unique performances among the canals of Venice, on the terraces of the Milan Cathedral are enchanting, just to name a few.