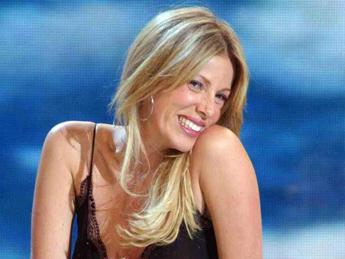 This is how Heimlich unblocking is performed

A bite gone sideways, “a piece of octopus stuck in the trachea”, risked suffocating in a London restaurant Alessia Marcuzzi, who told via social media about her touched drama and the prompt intervention implemented by Wilma Helena Faissol, wife of the his ex Francesco Facchinetti. “A strong blow on the sternum upwards”, describes the presenter. Technically it’s called “Heimlich maneuver or abdominal thrust “, and periodically returns to the spotlight of the news when a ‘killer mouthful’ kills a child. It is in fact in the pediatric age that the” suffocation by inhalation of a foreign body “is more frequent and lethal, one of the first causes of death under the age of 3. For this reason the health authorities launch frequent campaigns with the aim of training everyone in life-saving clearing, as explained by the Higher Institute of Health.


The Heimlich maneuver, which “takes its name from its inventor, the” American “thoracic surgeon” Henry Heimlich “, is” a lifesaving first aid technique used in case of airway obstruction caused by a foreign body – reads the ISSalute website – It is performed to prevent a person from suffocation in the event that his airways (throat, trachea) are blocked by a piece of food or another object “.

How you do it

The maneuver “consists in compress the diaphragm of conscious people, pushing it upwardsso as to cause a cough (artificially caused by the violent increase in intrathoracic pressure) and the consequent expulsion of the foreign body “. More correctly,” this is achieved alternating 5 blows to the back between the shoulder blades impressed with the palm of the handprecisely with the part located at the base of the thumb, called eminence thenar, with 5 thrusts on the diaphragm “.

“This technique can be performed on both adults and on children older than one year “, while for the younger ones” the maneuver – as mentioned in ‘Palidoro News’, the web magazine of the Bambino Gesù Children’s Hospital in Palidoro and Santa Marinella – provides that the rescuer, sitting, positions the child lying on his leg which will act as a rigid support surface. Keeping the baby on his stomach, with the body slightly inclined towards the floor, you will first have to give 5 blows with an open hand between the shoulder blades and then, turning the baby in the supine position, you will have to perform 5 chest compressions. Then alternating sequences of 5 ‘interscapular pats’ and 5 ‘chest compressions’, the maneuver must be repeated until the foreign body is expelled “.

“It is possible to implement the” unblocking “maneuver too on themselves – highlights the ISS – putting one hand clenched in a fist against his abdomen, while the other grabs it and pushes it upwards with a series of thrusts until the airways are cleared. Alternatively, it is possible to lean with the upper part of the abdomen against a fixed object (for example a backrest of a sofa or a chair), pushing repeatedly with the body downwards until the compressions facilitate the expulsion of the ‘obstruction”.

To understand if a person is the victim of suffocation from airway obstruction, experts ask to be careful if: “He puts his hands around his neck and struggles to breathe, making noises and screeching sounds; it becomes blue-violet, his face (skin and lips) and her nails turn blue and purple due to lack of oxygen in her lungs; she has evident difficulty in speaking; coughs very weakly; she loses consciousness “.

“Foreign bodies can cause moderate (partial) or severe (complete) obstruction”, reads again on ISSalute. So “it is important to ask the person ‘do you feel suffocating?’. If he is able to respond, speak, cough and breathe, it means that his / her obstruction is partial. If so (ie if the airways are not completely blocked), it is necessary to invite her to cough strongly to expel the foreign body autonomously. If “on the other hand” the cough is not sufficient, it is necessary to intervene by carrying out the rescue maneuver on the diaphragm and back as for a total obstruction “.