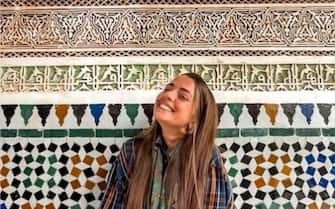 The simplest way it is expulsion. The Farnesina and the Italian authorities are counting on this to bring home Alessia Piperno, the thirty-year-old Italian arrested in Iran last year September 28. The girl would find herself in Evin prison in Tehran And she would be taken there immediately after the arrest, which was triggered – according to her father – on her birthday, September 28th. From the same prison, the Italian would have phoned home to ask for help

As the Courieralthough it is known that she was not the only Westerner arrested, so far I am not received official communications to the Italian authorities. Without the call to her father, Alessia would now be just one of the many people who disappeared after the street protests for the killing of Mahsa Amini, the 22-year-old Kurdish woman who died on September 16 after being arrested by the police because she was not wearing the veil properly

Meanwhile, the Italian authorities are trying to reconstruct his movements. It is known that Alessia arrived in Iran about three months ago, during which she visited the country, as shown by the shots posted on his Instagram profile

Iran, thirty-year-old Italian Alessia Piperno arrested: this is what we know

In her posts Alessia showed his love for Iran, even if she admitted the great difficulties that a single woman encounters when traveling in such a country. Alessia was staying in a hostel for foreigners, a place that may have been spotted by the authorities like meeting place of protesters. It is no coincidence that police searches have taken place several times in the last 30 days

The announcement of the arrest was made Friday 30 September with a note from the Ministry of Information of the Islamic Republic announcing “the arrest of 9 citizens of Germany, Poland, Italy, France, Holland and Sweden in Iran“. The note states that “they were arrested on the place of the riots or behind the scenes of the conspiracy “. It is therefore not clear what it was the actual place in which it happened the arrest or who the girl was with

Iran, Ali Khamenei accuses Israel and the US of fomenting protests

According to the information gathered in these hours, the woman had arrived in Iran with three friends, including an Italian, and together they went to visit Rasht, then moved on to Tehran. Last week, his friend Paolo left for India while Alessia and the other two foreigners they would decide to head to the Iranian Kurdistan

According to the parents, Alessia she would have been arrested while celebrating her parents 30 years. There are no confirmations with respect to this possibility and it is not excluded that they may have instead captured it on the street with friends

Protests in Iran, arrests and beatings. What is happening