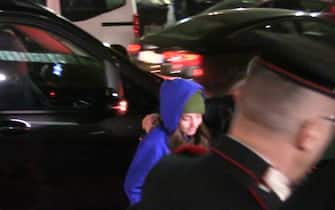 Alessia Piperno was released by the Iranian authorities and returned to Italy. After more than forty days, the story of the young Italian travel blogger ended with a positive outcome arrested in late September in Iran and released today after intense diplomatic work. Here are the stages of the affair

September 28 – Alessia Piperno’s 30th birthday is the last time her parents hear her from Iran, where she arrived a few months earlier, a stop on her journey around the world that began in 2016. She tells them that in the evening will celebrate with friends, far from the area where there are protests that broke out in the Islamic Republic after the death of Mahsa Amini on 16 September

September 30th – A note from the Ministry of Information of the Islamic Republic announces “the arrest of 9 citizens of Germany, Poland, Italy, France, Holland and Sweden in Iran”. The note states that “they were arrested at the scene of the riots or behind the scenes of the conspiracy”. The details of the name of the arrested Italian citizen are not yet given

October 3 – The family, with no news for four days, raises the alarm with a post on Facebook. The father writes that he has received a phone call in which his daughter, crying, tells him that she has been arrested and that she is in the Evin prison in Tehran, notorious as a place of confinement for political prisoners and dissidents. The Farnesina takes action to verify the news, in conjunction with the Italian embassy in the Iranian capital

October 15 – During the night, riots break out in Evin prison and a big fire. She fears about the fate of Alessia, but the Farnesina reassures the girl’s condition

October 23 – The new Italian Foreign Minister, Antonio Tajani, telephones Alessia’s father to reassure him of diplomacy’s commitment to free his daughter. “I am following the case of Alessia Piperno with the utmost commitment and great determination. I reiterated this to my father Alberto during a long and cordial phone call”, writes the head of the Farnesina on Twitter.

Iran, what do we know about the Evin prison where Alessia Piperno was

November 10 – The Iranian Foreign Minister, Hossein Amirabdollahian, hears Tajani on the phone and expresses the wish for “an expansion of political, economic and cultural relations between the two countries”. A few hours later Palazzo Chigi announces the release of Piperno

The Prime Minister, Giorgia Melonstelephones his parents to warn them and publicly thanks the intelligence services, Undersecretary Mantovano and the Ministry of Foreign Affairs for how the affair that ended was handled with the return of the young woman to Italy. “It was a hard 45 days, then this morning the surprise. I spent my detention in a cell with six people, it was difficult but I was not mistreated”, she told the mayor of Rome Roberto Gualtieri as soon as she landed at Ciampino airport.

Iran, Alessia Piperno is free and returns to Italy