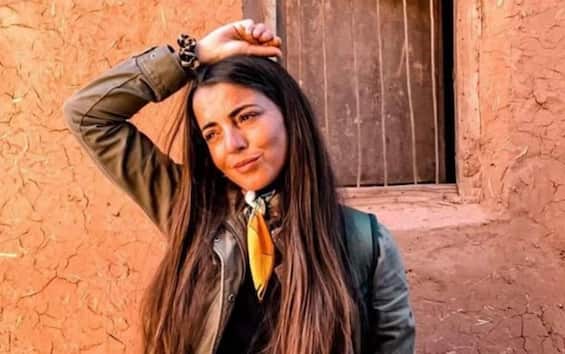 Alessia Piperno was released and returned to Italy. The Italian girl was detained in Tehran for weeks, in a cell of the Evin prison among political prisoners and dissidents of the Iranian government. The reasons for her arrest are still unknown. The Roman travel blogger, in the last days before entering the Tehran prison, had written some social messages that have not gone unnoticed by those who have been monitoring the protests arising from the killing of Mahsa Amini from the beginning. And precisely those words on social media could have represented the pretext to arrest her for those in Tehran aiming to politicize the story, regardless of the responsibilities and circumstances that led to the imprisonment (THE SPECIAL ON PROTESTS IN IRAN).

The reasons for the arrest are unknown

The road to Piperno’s liberation was long. The work lasted over a month and moved on a ‘double’ channel: that of diplomacy and that of intelligence services. Not much for the time being has been reconstructed about his stay in Evin prison. According to reports, the 30-year-old was placed in a cell with another woman. The Italian diplomacy would have closely monitored her conditions and the treatment reserved for her for the entire time she was locked up in prison. The young traveler had entered the country regularly, where she had been staying for two and a half months at the time of her arrest. One hypothesis about the reasons for her arrest is that she had been stopped due to visa problems or because someone in the ranks of student protests that inflamed the country had taken refuge in her hostel. Some traces, although not sufficient to give answers, are in his travel notes and in her movements. It is known that Alessia was also in Iranian Kurdistan for a period, an area that is constantly monitored due to anti-regime instances.

The situation for Piperno begins to get complicated from September 14, the expiry date of the blogger’s residence visa, as she herself confirmed in a post, intending to return to Pakistan but unable to obtain the permit that has not yet arrived: “She’s saying badly to me in Iran – he wrote – there is no affinity because traveling here for a single woman is not easy even if I have never been afraid. I want to leave, even if they are driving me away. not even looked at her face and they told me only rejected, request rejected, so by Wednesday I have to leave “. She had looked for a bus but due to a holiday the buses were all blocked. Then – she says in her diary – “while I was walking desperately through the station, a very sweet gentleman who spoke English asked me if I needed a hand. I explained the visa problem to him, he told me to be calm: ‘Tomorrow let’s go together to the office and I’ll help you get your visa renewed ‘”. And so, while waiting for the pass from Pakistan, Alessia Piperno had managed to stay still in Iran until mid-October, where she told about street demonstrations on Instagram and how one day some people came to her hostel to ask them for help, frightened. from the clashes. On September 28, the situation worsened. Trigger the arrest and transfer to Evin.

What do we know about Evin Prison

Evin is a prison known for its particularly cruel methods according to the accounts and testimonies of the exiles, which speak of executions – many fake and carried out to put psychological pressure on the prisoners – beatings and torture. Those who know that prison explain that the institution is divided into three structures: one is for common prisoners, another is in the hands of Iranian intelligence, which is directly linked to ‘section 209’, specific for those political prisoners, also foreigners, who are arrested. The latter is very crowded in recent weeks due to arrests due to the unrest unleashed after the death of Mahsa Amini, arrested for not wearing her veil correctly. Evin prison, in the north of the Iranian capital Tehran, is also known as the prison of political dissidents. Thousands of opponents killed in the mass executions of 1988 were detained right there, after the green light given by a commission which also included the current president Ebrahim Raisi, at the time deputy prosecutor of Tehran.

A prison notorious for its mistreatment of inmates

Established in 1972, the penitentiary was famous for the mistreatment of prisoners even before the 1979 Islamic Revolution and has maintained its tragic fame even during the forty years of the ayatollahs’ regime. Also nicknamed ‘Evin University’ for the many students and intellectuals who are held there, the prison is regularly the subject of complaints by human rights associations that describe it as a place of torture, rape and even massacres, despite the denials. of the country’s authorities. Various Amnesty International reports published in recent years have documented “whipping, mock executions, waterboarding, sexual assaults, limb suspensions, forced ingestion of chemicals and denial of medical treatment”. While last year some activists managed to get hold of, and release, video of the prison’s security cameras showing overcrowding and beatings. Tehran prison is also the place where foreigners or Iranians with dual citizenship are often placed in custody, such as the British Iranian Nazanin Zaghari-Ratcliffe, released in March this year after 6 years in prison following a conviction for “propaganda. “.