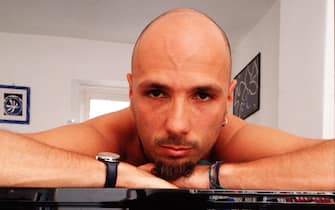 Alex BaroniAlessandro Guido Baroni was born in Milan on 22 December 1966. He graduated in chemistry from the University of Milan.

Giorgia and Alex Baroni: the story of their love

At the beginning of his career as a musician it was for several years chemistry teacher in public and private technical institutes. He starts singing at a very young age in a group formed with friends.

Alex Baroni, the memory of the fans on social networks

In the early nineties begins to perform as a chorister. She becomes a chorister for other artists, including Eros Ramazzotti, Ivana Spagna, Francesco Baccini and Rossana Casale. In the meantime she forms, together with Andrea Zuppini, the Metrica. The duo released their first studio album in 1994, titled Fuorimetrica.

Eros Ramazzotti yesterday and today: this is how the singer has changed

He made his debut at Sanremo Festival of 1997 in the “Young Category” and achieved great critical and public success with the song “To change“: In fact, Baroni wins the prize as the best voice of the Festival.

In ’97 the first album recorded for the record label Dischi Ricordi was released, to which the singer gives his stage name “Alex Baroni“. In 1998 she participates again in the Sanremo Festival with the song “Sei tu o lei (What I want)” in the “Big” category.

The final standings of Sanremo 2021, the Maneskin win

“What I want“Is the name of his next album which contains two other well known tracks,” Waves “and” Tell me that you are there “.

From 1997 to 2002, until a few months before the accident, he had one love story with singer Giorgia. The song “Gocce di memoria” is dedicated to him.

Giorgia confesses: “The loss of Alex Baroni is a chasm in my life”

“The echo of your words resounds”, this is how Giorgia remembers Alex Baroni