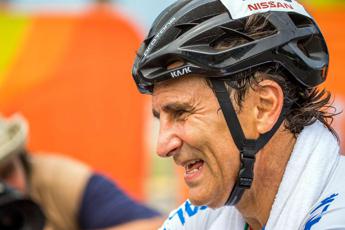 Alex Zanardi has returned home. The Paralympic champion left the rehabilitation ward of the San Bortolo hospital in Vicenza today, where he had been hospitalized for 76 days.


“Alex Zanardi was discharged from the Vicenza hospital after a fire in the photovoltaic system in his home had damaged the machinery dedicated to assisting the sample at the beginning of August, forcing him to be transferred to a specialized health facility”, he writes on Twitter. the president of the Veneto region Luca Zaia who adds to the post two emoticons with biceps flexed as encouragement. .

“Finally home. Come on Alex, we love you,” writes Giorgia Meloni on her Facebook page.

“Alex Zanardi has returned home after 76 days of hospitalization. And he continues to fight as only he can. Another demonstration of resistance from the man of miracles. He is engaged in yet another challenge and we are cheering for him. Nobody has the his temper. Come on champion! “, reads the post of the deputy of Italy Viva Luciano Nobili.