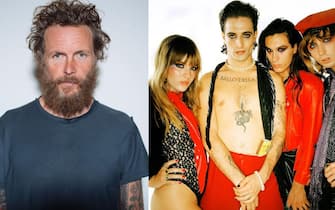 It will be a constantly updated list, that of best recording projects to be released in 2022. The leading artists have in fact revealed what their works will be arriving in the first months of the year, but we are sure that also next spring, summer and even autumn, they will be full of surprises and lots of music. Here are the best albums out.

Not even time to finish this holiday season and the January 7, 2022 it will already be time for great debuts. He arrives “X2”The long-awaited debut album from the producer Sick Luke.

Waiting for the Ariston stage for the first time, accompanied by Donatella Rettore, Ditonellapiaga will debut on January 14, 2022 with his first album entitled “Camouflage“.

“Timely”, The second album by Folcast (Sanremo Giovani 2021) will be published on January 14.

For true enthusiasts of his crystalline voice accompanied by the productions of his brother ThaSupreme, the January 14 will also arrive “Universe”, The long-awaited first album by Mara Sattei.

The January 14 also comes out “Love stories with rain and other stories of showers and thunderstorms”, Of the rapper Murubutu.

Spotify 2021, Maneskin are the most listened to Italians in the world

“VirusIs the new album by Noyz Narcos arriving on January 14, 2022.

The 10 most beautiful Italian albums of 2021: the ranking

After the success of the single “A package for you”, with Lorella Cuccarini, the collective de The Payer, comes with a brand new album. Is called “Devastating”And will come out on January 21, 2022.

Coinciding with the announcement of the dates of his 2022 tour, Ludovico Einaudi will also present his new album in the first month of the year. “Underwater“Will come out on January 21st.

The star of the past edition of “Amici”, Tancred, will release his second album “Golden Hour”, Streaming out on January 21, 2022.

The release of the new album by Francesco Bianconi of the Baustelle. The official date remains to be defined. Meanwhile, the singer will arrive next January 7 with “Playa”, in duet with Baby K.

Francesco Bianconi and Baby K, “Playa” will be released on 7 January

On the international stage, the January 14 is the debut day of the new album by Lumineers. It will be called “Brightside”, Just like the single who anticipates it.

The January 21st comes instead “The Gods We Can Touch”By the very young Norwegian singer-songwriter Aurora.

In the same day (January 21st) also comes the new record of the rock star Miles Kane. It will be titled “Change The Show“.

Apple Music, the 2021 ranking: Sangiovanni in the lead, Blanco dominates

Together with the almost certain release of the new recording projects of all the singers who will participate as BIG to the next Sanremo Festival, February 2022 certainly marks the time of great returns in Italian music as well as in international music. On February 18th comes “Back to the future / Back to the future” by Elisa.

The February 25, 2022 also comes back Cesare Cremonini which has already bewitched the public with the new single “Colibrì”, released at the beginning of December. The album will be called “The girl of the future“.

Even the collective of Bastille come back on February 4th with “Give me the future”, The new album.

The new albums released at Christmas 2021

“Earthling”Is instead the title chosen by the American singer-songwriter and musician Eddie Vedder for his third solo album due out on February 14.v

The singers of Sanremo 2022: the titles of the songs of the big names at the Festival

The new and rich year in music continues in March 2022 with perhaps the most anticipated Italian debut. The 4th March in fact, “Space Cowboys”, The first solo album by Tommaso Paradiso, after the farewell to Thegiornalisti.

March is also the month he returns to the music scene Laura Pausini, after the huge overseas success of 2021. The release date of the new album, however, is still to be defined.

Together with Tommaso Paradiso, the March 4, 2022 the new album by Stereophonics “Oochya!“.

The 4th March it will be the return of another beloved talented artist. He arrives “Multitude”, The new album by Stromae.

Great return also that of the Placebo, that the March 25, 2022 will release their first album in nine years. It will be called “Never Let Me Go“.

International attention, however, is entirely directed to others May 27, 2022, when it will be released in streaming and in the best record stores “C’mon You Know” from Liam Gallagher, with a special song addressed to his brother Noel.

On the international front, new works by MGK – “born with Horns” – by Rosalía, Arctic Monkeys, but also the punk princess Avril Lavigne and Madonna are expected in 2022. Many also hope for the release of the new album by Red Hot Chili Peppers and the Cure which members of their respective bands have talked about several times.